Russia, a Dossier of Rumors and a President-Elect

Washington has long been a city fueled by gossip, innuendo and backbiting, much of it anonymous and some of it completely fabricated. But rarely does such material ever get inserted into formal documents. And there may be no precedent for a report containing unsubstantiated allegations about a President-elect of the United States making it into an official intelligence briefing.

But that’s exactly what happened less than two weeks before Donald Trump’s Inauguration, testing the bonds of faith between the American people, their new President and officials in the intelligence community charged with safeguarding the nation.

The rumors themselves–alleging Russia possessed compromising information about Trump and secret ties to his aides–had been circulating in the capital for months. The FBI had also received copies of the allegations, an official familiar with the bureau says, as had Arizona Senator John McCain. The original source was a series of reports written from June through December last year by a former British intelligence official who was hired first by Republican opponents of Trump and then by groups and donors supporting Hillary Clinton. Many of the claims were questionable on their face.

But on Jan. 10, CNN reported that intelligence officers appended some of the claims to their review of Moscow’s meddling in the 2016 presidential campaign. A two-page annex summarizing the claims was added to a highly classified report that was delivered in early January to Trump, President Obama and the senior leaders of both parties on Capitol Hill, an official familiar with the document says. But none of the officials who had seen the allegations had been able to substantiate them, according to intelligence officers familiar with the documents. The officials say the two-page annex was included in the briefing because analysts didn’t want to hold damaging allegations about Trump, even ones they didn’t believe, that he didn’t know they had.

In his press conference the next day, Trump was predictably outraged that information about a private intelligence document leaked to the public and said it would be a “tremendous blot” on intelligence officials if they were responsible for the leak. “A thing like that should never have been written,” Trump said. “It should certainly never have been released.” The incoming President denied doing anything that would give Russia leverage over him. In particular, he said he had always been careful in his foreign travels, even in private, to behave well. “I was in Russia, years ago, with the Miss Universe contest,” he said. “And I told many people, ‘Be careful. Because you don’t wanna see yourself on television. Cameras all over the place.'”

A similar sense of suspicion is now spreading here at home. The latest episode means the President-elect, who has been sharply critical of U.S. intelligence officers, will be entering the White House at war with his spies, unsure whether they were undermining him with a leak and shadowed by allegations of Russian leverage over him. The spies, for their part, already know they can’t trust Trump to defend them. And the American people find themselves unsure of whom to trust and, perhaps, what to believe.

And that may have been the point. Trump is getting a taste of the toxins that Democrats are convinced poisoned the Clinton campaign in the end: allegations of misconduct that, even if unprovable or untrue, cannot be unseen or unheard once they’ve been released in the wild. Law enforcement is also wounded. In testimony on Capitol Hill, FBI Director James Comey declined to answer whether there was an FBI investigation into Trump campaign dealings with Russia, saying he would never comment on such things. That brought audible derision from Democrats.

Russia’s preference for Trump over Clinton in November may have been established in recent weeks by the CIA, but a primary goal of the Russian influence operation was to undermine confidence in the U.S. and Western democracy. Soon Trump will be the leader of the free world, and with truth and rumor indistinguishable at the highest levels of government, the latest chaos in Washington suggests the Russian operation is still under way and working rather well. 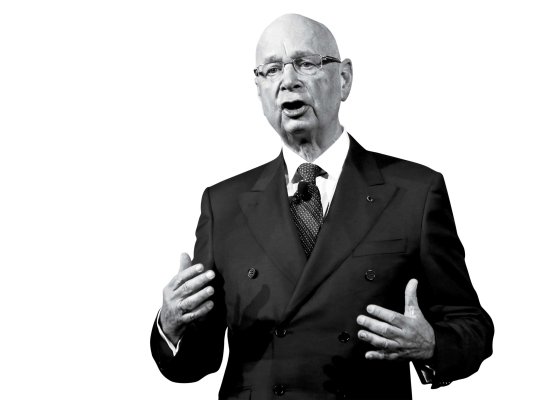 9 Questions With Klaus Schwab
Next Up: Editor's Pick