Russia looks likely to enact a law decriminalizing domestic violence, downgrading first offenses from a criminal act to a misdemeanor punishable by fine.

The bill was approved by all but two present members of Russia’s Lower House on Wednesday, the Moscow Times reports.

Critics say the bill is a clear backslide on women’s rights; it would remove most legal and disciplinary distinctions between violence in the family household and street assaults, which were decriminalized in Russia in 2016. The offense carries a penalty of about $500 if prosecuted.

The new legislation was proposed by ultra-conservative lawmaker Yelena Mizulina, who also successfully lobbied for the passage of a law banning so-called “gay propaganda” in 2013. She argues for decriminalizing domestic violence on the grounds that parents in Russia should have the right to hit their children.

“In Russian traditional family culture parent-child relationships are built on the authority of the parents’ power,” Mizulina told lawmakers before the vote, according to the Moscow Times. “The laws should support that family tradition.”

One of the bill’s authors, Olga Batalina, reportedly told her fellow lawmakers that the amendment would only concern assaults causing “bruises or grazes.” RFE/RL also cited ruling party official Andrei Isayev as saying that domestic assault would only be considered a misdemeanor on the first offense, but a criminal offense on the second.

Domestic violence is endemic in Russia, and overwhelmingly affects women, who account for about 74% of victims of domestic violence in the country, according to government figures from 2013 with 91% of those incidents perpetrated by husbands. Most research on violence in Russia links abuse to alcohol consumption.

According to the Moscow-based ANNA National Center for the Prevention of Violence, women already see little point in seeking legal recourse for abuse, a situation that could worsen if the bill is enacted. Some 74% of women who sought assistance from a national help-line never reported abuse to police, the group said.

A 2003 study by Amnesty International concluded that 36,000 women were beaten by their husbands each day in Russia, while government figures from 2008 said that 14,000 women died each year at the hands of their spouse or other family member. 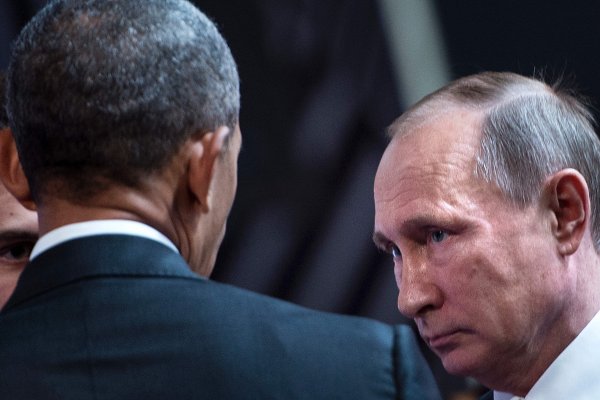 Vladimir Putin: The Troublemaker
Next Up: Editor's Pick