Want to Make Some Money in Taiwan? Report Your Uber Driver to the Police

Until last week, Owen Lee made good earnings working overtime as an Uber driver in Taiwan’s capital, Taipei, to boost his modest monthly salary as a marketing agent for a restaurant website.

By driving over 150 hours a month, Lee, 28, could make up to $1,250 — roughly two-thirds of his regular salary — giving him disposable income for travel and savings for the first time.

But on Friday, he abruptly gave it up after the Taiwanese government not only introduced some of the largest fines against Uber in the world, but also launched financial rewards for anyone who turns drivers in.

Under the new rules, the San Francisco–based company could incur fines of up to $780,000 unless it registers as a normal taxi business and follows the same safety and insurance standards.

If Lee is caught using Uber’s ride-hailing app, he personally faces a $3,100 fine and losing his driving license for four months.

“It’s not worth the risk,” he says. “Especially now that the customer can tell the police about me. It has become too dangerous.” Five of Lee’s Uber-driving friends have also stopped.

Read More: Why Uber Is Disappointed by This New Restriction in Taiwan

In the four years since Uber entered Taiwan, 1 million people have downloaded the car-booking app to avail of 10,000 registered drivers.

But its popularity has not spared it from the legal quagmire and resistance from local taxi firms that has blighted Uber’s launch in several markets from Europe to Asia.

Opposition was spearheaded by the ruling Democratic Progressive Party (DPP), to the surprise of Lee. Like many young people, struggling with living costs in Taipei, he voted the DPP into power last year, hoping for a more modern brand of politics.

DPP legislator Jason Lin admits there has been heavy lobbying from taxi associations to ban Uber, but adds that the company could operate if it compromised on tax issues and officially registering its drivers.

“We welcome Uber in Taiwan but you have to follow our laws,” he says, describing Uber’s approach as “too aggressive.”

The company said it welcomes regulation and it is due to hold imminent crisis talks with Taiwan’s Ministry of Transport. The ministry maintains its objection that Uber is currently registered as a technology, not a taxi business.

But frustration is in the air. The company says it is “very disappointed” by the decision to amend the Highway Act to impose steep fines, warning that it risks Taiwan’s stated ambition to attract tech start-ups.

In an interview shortly before the government’s decision, Michael Brown, Uber’s Asia Pacific regional general manager, said the move would be regressive.

Read More: Everything You Need to Know About Uber

“We think this is moving Taiwan in the wrong direction. Taiwan wants to be the ‘Silicon Valley of Asia’ and we think [it] should be embracing innovation,” he said.

“By condemning this technology, which is de facto what would happen with this amendment, the government is making a statement that it’s not open for business to global technology companies.”

Uber argues that it complies with all existing local tax laws.

But Jason Hsu, a legislator with the opposition Kuomintang (KMT) party, and an Uber supporter, urged the company to be “more cooperative” in meeting government concerns in order to win trust.

Read More: Uber Just Answered Everything You Want to Know About Your Driver

He also accused the government of finding a “lazy answer” to the issue, “to protect old industry.”

Hsu is drafting a digital economy act to improve the future legal framework for tech start-ups.

However, it may be too late for one single mother, named only as Ms. Yang, who says that driving for Uber allowed her the flexibility to both earn and care for her children.

“The government can give us subsidies, but what we really need is the opportunity to work,” she says. 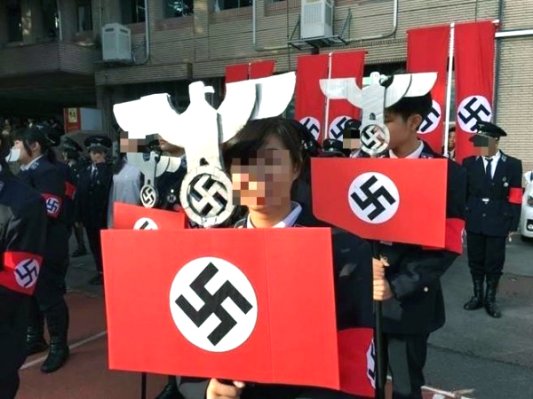