There may as well have been a banner hanging in the grand marble meeting room that housed Jeff Sessions’ hearings for attorney general: Booker 2020.

After 10.5 hours of questioning on Tuesday, Wednesday’s panel of witnesses felt less urgent alongside Donald Trump’s press conference and Secretary of State nominee Rex Tillerson’s hearings beginning a building away. But Booker, swarmed by far more cameras than any other witness of the day when he entered the room, used the afternoon to take a splashy stand and lay groundwork for a potential 2020 presidential run.

“In a choice between standing with Senate norms and standing up for what my conscience tells me is best for our country, I will always choose conscience and country,” the junior Democratic senator from New Jersey said, acknowledging his unprecedented move. He’s believed to be the first sitting senator to testify against a colleague for a Cabinet post.

With members of the Congressional Black Caucus sitting behind him, Booker made an impassioned plea for the committee to oppose Sessions, citing the Alabama Senator’s record on voting rights, LGBTQ equality, immigration and criminal justice reform.

“The arc of the moral universe does not just naturally curve towards justice. We must bend it,” Booker said, alluding to a favorite line of President Obama’s and sounding more like he was delivering a rousing campaign speech than giving sworn testimony in a hearing.

Booker’s appearance calls to mind similar headline-grabbing actions by young presidential hopefuls of the past: then-Illinois Sen. Barack Obama filibustering Samuel Alito for the Supreme Court in 2006, Texas Sen. Ted Cruz leading the government shutdown over the Affordable Care Act in 2013, or Kentucky Sen. Rand Paul’s lengthy filibuster of the Patriot Act in 2015.

As in those cases, Booker’s testimony against Sessions will endear him to his base. Liberal and civil rights groups oppose Sessions’ nomination; the panel of witnesses Wednesday included NAACP head Cornell William Brooks, ACLU legal director David Cole and former DREAMer Oscar Vazquez testifying against Sessions. And Booker is likely betting that taking a strong stance against the Trump administration early will pay off at the end of the controversial president-elect’s first term.

“The Democratic Party is suffering from a leadership vacuum right now and Cory Booker’s efforts place him at the top of the list of national leaders defining themselves and what our party narrative should be,” said Brad Bauman, the former executive director of the Congressional Progressive Caucus and a Democratic consultant. “By taking this extraordinary measure, he is showing that he could have the chops to lead the party, be our standard bearer in 2020 and, at a minimum, it helps define the resistance to Trump’s agenda at this critical time.”

Booker’s move, and the possible motivation behind it, has not gone unnoticed by his Republican colleagues. Arkansas Sen. Tom Cotton released a statement ahead of Booker’s testimony calling it a “disgraceful breach of custom” and saying, “I’m very disappointed that Senator Booker has chosen to start his 2020 presidential campaign by testifying against Senator Sessions. … This hearing simply offers a platform for his presidential aspirations.”

Booker’s time before the Judiciary Committee likely won’t make a difference to Sessions, who has the Republican majority to sail through the confirmation vote. But it may well resurface in campaign ads four years from now.

With reporting from Philip Elliott 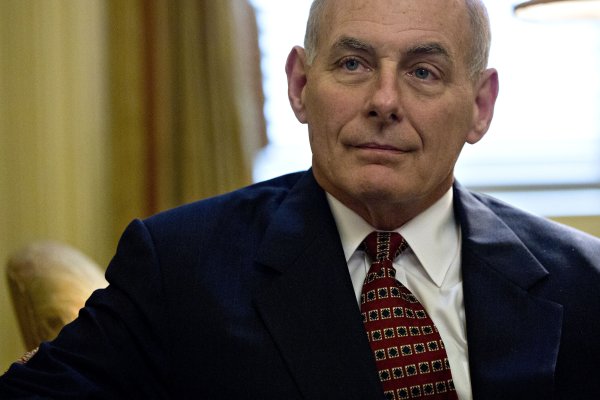