Donald Trump expects to nominate a justice to fill the vacant seat on the Supreme Court within two weeks of his inauguration on Jan. 20, the President-elect said during a news conference on Wednesday.

The nomination will likely come in the second week of his presidency, following inauguration celebrations, Trump said.

The seat on the Supreme Court has been vacant since the death of justice Antonin Scalia in Feb. 2016. Republican senators have refused to consider President Barack Obama’s nomination of Chief Judge Merrick Garland to the Supreme Court, saying they will wait until a new president takes office to do so. 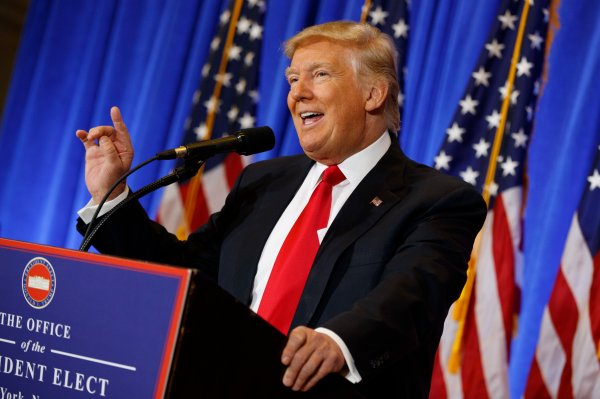 Read a Transcript of Trump's Press Conference on Ethics
Next Up: Editor's Pick