Northern Ireland is facing its worst political crisis in at least a decade, as a senior minister’s shock resignation looks set to dissolve the government, threatening the Good Friday power-sharing agreement that has helped keep peace for almost two decades.

Elections now look likely for the government, or Northern Ireland Assembly, after the resignation of deputy First Minister Martin McGuinness of republican Sinn Fein, potentially creating a damaging leadership vacuum just as the U.K. prepares to leave the European Union.

McGuinness resigned in protest over a costly renewable energy subsidy scheme which has dogged the First Minister Arlene Foster of the Democratic Unionist Party (DUP). Introduced while Foster was minister for enterprise, the scheme was intended to help businesses with the costs of using eco-friendly heating, but reportedly resulted in an overspending of up to 490 million pounds ($595 million).

McGuinness and Foster hold equal positions in government as part a power-sharing arrangement that ensures mainly Catholic nationalists and predominantly Protestant unionists share governance along with the British government. So with McGuinness’s resignation, Foster must also now step down.

Under the arrangement, if a new deputy First Minister is not nominated within seven days, the London-appointed Northern Ireland Secretary must call an election. Sinn Fein have said they won’t be nominating a successor. The next elections had not been due to be held until 2021.

Peace has held in Northern Ireland since the Good Friday Agreement was reached in 1998, bringing an end to the decades-long conflict know as the Troubles. However, bitter political divisions remain, and McGuinness’s resignation highlights the fragile and fractious nature of politics in Northern Ireland.

The relationship between Sinn Fein and the DUP has been fraught for some time. McGuinness, a former commander of the IRA, accused the unionist party of having “undermined the institutions and eroded public confidence,” adding that Sinn Féin “will not tolerate the arrogance of Arlene Foster and the DUP”.

Commentators suggested that Sinn Fein have been aggrieved by a number of actions of the DUP including the decision just before Christmas to scrap a grant for disadvantaged children to take part in Irish language courses. Foster said she was willing to keep talks open with Sinn Féin but said she had been “disgracefully maligned in a most vicious manner”.

“There will be no return to the status quo,” said McGuinness after tendering his resignation, signaling that another power-sharing agreement would not be easily reached. This sentiment seemed to shared by the DUP as one of the party’s ministers, Jeffrey Donaldson, said on Irish radio that he was “not convinced” a government could be formed in the next few months. If talks to form a government after an election fail, the Northern Ireland executive would not be able to function and direct rule from Westminster would be restored.

The timing couldn’t be worse given the British government is due to embark on negotiations in April to decide the terms of its exit from the European Union. If Northern Ireland lacks an executive while the Brexit negotiations take place, it will struggle to contribute to a debate which may determine its future.

Northern Ireland is uniquely affected by the E.U. withdrawal; its border with the Republic of Ireland is the U.K.’s only land border with the E.U. After 1998, a heavily-fortified frontier slowly transitioned into an open border, one most of the most important symbols of peace in the region. The imposition of any form of hard border could have big economic implications for the region given the importance of cross-border trade, and would resurrect a symbolic wall absent since the last millennium.

Analysts fear this issue and others will be overlooked if the government is dissolved when talks begin this year. “It will be the British and Irish governments who the people of the north will be relying on to be their voice in the negotiations,” said Patricia McBride, a policy and political commentator. “There will be no one else to say ‘here are our unique set of circumstances’, ‘here is why it is important why we don’t have a hard border’, ‘here are the safeguards that we need to put in place to ensure that doesn’t happen’.”

It’s unrealistic to assume Westminster will make those arguments, she added. “There is so much more for the British government to negotiate, the position of Northern Ireland really won’t concern them a huge amount.”

Few think Northern Ireland’s hard-won peace is threatened by this latest crisis, but the power-sharing agreement has long been held up as proof that politicians and communities in the province could overcome years of conflict and distrust in the name of progress. A return to the bitter divisions of the past, just as Northern Ireland needs to present a united front on Brexit, could have troubling consequences. 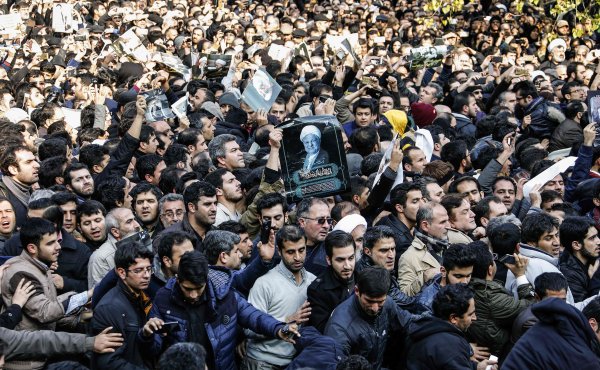