In a forceful farewell speech — interrupted by cheers and calls for “four more years” — President Barack Obama reviewed his legacy in his final address to the nation Tuesday night in Chicago, and sought to address the uncertainties many Americans feel as they face an imminent change of leadership.

From normalizing links with Cuba to expanding health care coverage for Americans, from the death of Osama bin Laden to marriage equality, Obama touched on the many achievements his Administration made since he took office in January 2009.

He also devoted a significant portion of his speech to calling on Americans to be proactive in mapping the country’s way forward, and expressed a solid optimism: “America is a better, stronger place than it was when we started,” he said.

Ending on a note of gratitude, Obama took time to give tribute to Vice President Joe Biden and his “remarkable” staff. He also teared up as he thanked First Lady Michelle Obama and his daughters. 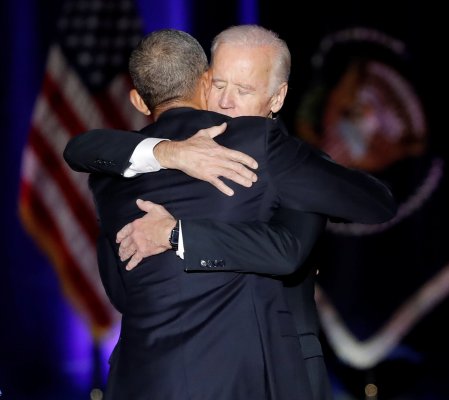