Something is keeping Americans up at night. More than one third of adults regularly don’t get enough sleep, and 25% percent of kids have difficulty sleeping. The causes of those sleep issues vary—from the sleep-suppressing blue light of a smartphone to the effects of booze—and they’re hard to pin down. But whatever the cause, more and more of us, particularly women and seniors, are turning to sleeping pills for relief.

But which one is best? The one you only take for a week or two, experts say.

Pills are a bandage, not a cure, says Dr. Phyllis Zee, professor of neurology and sleep medicine at Northwestern University’s Feinberg School of Medicine. “It’s like taking Tylenol every day for a fever without ever figuring out what’s causing the fever,” Zee says. Depression, too little exercise, runaway stress and a hundred other major or minor health issues could be causing or contributing to your sleeping woes. When you attack your problem with pills, you do nothing to resolve those underlying problems, she explains.

What does work, says Zee and the six sleep experts I contacted for this story, is cognitive behavioral therapy for insomnia, or CBT-I. It’s the most effective long-term treatment for sleep woes. “By far the best evidence we have when it comes to resolution of insomnia is associated with CBT-I, which is why every major medical authority advocates CBT-I as the first-line treatment for insomnia,” says Michael Grandner, director of the Sleep and Health Research Program at the University of Arizona College of Medicine.

CBT-I interventions can range from cutting out all screen time an hour before bed to visiting a sleep clinic every week. “But basically, it advocates having a regularized time and routine surrounding bedtime,” says Dr. Namni Goel, a sleep researcher at the University of Pennsylvania School of Medicine.

While every person with sleep issues should be employing CBT-I, Goel and others agree there’s a time and place for sleeping pills.

For short stints—a few nights for a week or two—a prescription hypnotic like Ambien or Lunesta can help you get some rest if you’re stressing about a big event, like your upcoming wedding or some especially hectic period at work, Grandner says. He also says keeping some on hand and taking a pill once every couple months if you’re really desperate isn’t too problematic. “The real concern,” he says, “is taking these pills on a weekly or monthly basis for an extended period of time.”

He mentions research linking these drugs to higher risks of death. That research is preliminary and incomplete, he says. “But it’s pretty well established that the kind of sleep you get on a drug like Ambien or is not as deep or restorative as natural sleep,” he adds. “I think it’s safe to say anything that drags you kicking and screaming into unconsciousness is not without risks.” Goel says these types of drugs have also been linked with memory and mood problems. Use them too much, and they may be habit-forming—meaning you can’t get to sleep without them, she adds.

Apart from hypnotics, more and more doctors are prescribing mild antidepressant drugs for sleep disorders. “The most common one is trazodone, which is considered quite safe and has a mild sedative effect,” Grandner says. “But at the same time, it’s not approved by the FDA to treat insomnia, and I don’t think a lot of doctors writing these trazodone prescriptions realize we have almost no good evidence to support its use as a sleep aid.” Another newer class of sleep drug—a type called “orexin receptor agonists” that block a brain chemical that keeps you awake—could turn out to be a game-changer. But these drugs are so new that their long-term benefits and risks aren’t well understood, Grandner says.

Melatonin is another, mellower option. But while many people think of the hormone as natural and “something my body makes anyway,” it’s still something that should only be used for temporary relief, says Dr. Andrew Weil, founder and director of the Arizona Center for Integrative Medicine at the University of Arizona. “Short-term use of melatonin has a good safety profile in adults,” Weil says. But the side effects of long-term or heavy usage aren’t well known, he adds.

The effect melatonin may have on kids is even murkier. “I’ve been treating kids in sleep clinics for 25 years, and I’ve just seen an explosion in melatonin use the last five years,” says Dr. Judith Owens, director of the Center for Pediatric Sleep Disorders at Boston Children’s Hospital. “It seems like it’s become the real go-to for parents and pediatricians, but we really don’t have any research on its use for periods longer than three months.” She mentions early onset puberty as one theoretical risk.

“Now, I use it in my patients, and of all the pills you could give a child, it’s probably the safest,” she adds. “But a lot of people think of melatonin almost like it’s a vitamin, and it’s not.” She says parents shouldn’t consider giving their kids any sleep aid unless they’ve been to a specialist or clinic and are using the pill under professional supervision.

For adults, Grandner says the best evidence suggests taking 0.5 to 1 mg of melatonin a few hours before bedtime. “The idea is you want to take it right around the time your system should naturally start producing the hormone,” he says. Especially in older adults, whose bodies may no longer make enough melatonin, taking the supplement in the evening may be helpful “if they’re not getting a good night’s sleep,” he says. But in higher doses taken right before bed, both he and Weil say taking melatonin may actually disrupt sleep.

The kind of deep, restful, rejuvenating sleep we all want isn’t going to come from a pill. You’ll have to make some changes if you want to catch some ZZZs. 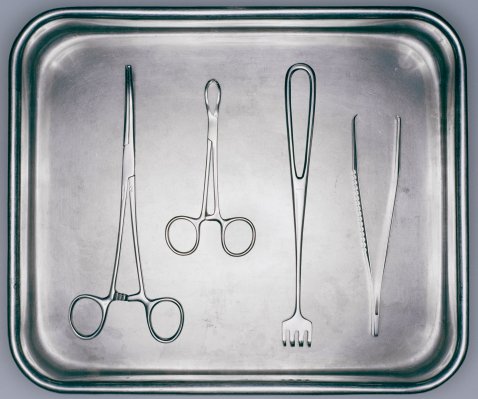 Your Appendix May Not Be Useless After All
Next Up: Editor's Pick