For 74 years, Electrolux had been a fixture of Webster City, Iowa. Employing more than 500 of the town’s 8,000 residents, the Swedish firm was the pillar of Webster City’s social fabric. That all ended in March 2011 when Electrolux closed the plant and shipped those manufacturing jobs to Mexico, adding the workers of Webster City to the long list of victims of a globalized world.

For Donald Trump, those workers were also a central focus of a successful campaign for the presidency. Now, as he prepares to be sworn in, one photographer wants to remind his administration of his responsibility to blue-collar voters by putting the focus on the people of Webster City.

During Trump’s inauguration, photographer Brendan Hoffman will distribute a 32-page magazine of his work to the President-elect’s supporters on the National Mall. The magazine, which mimics TIME’s iconic design (without the trademarked logo, though), will include 25 images he shot in Webster City over the last three years, with each of the photographs highlighting the real-world consequences of the country’s economic transformation over the last decades.

“I had the sensation, while I was working there, that the people of Webster City had really been left without a whole lot of options,” Hoffman tells TIME. “They were faced with the choice of having to leave this town where they most likely lived their entire lives or stay and try to make something when there’s really not all that much to be made there.”

Hoffman’s photographs have been published in the past, but this will be the first time, he says, that he’ll bring his work directly to the people in his pictures – or at least to “the people that can identify with them,” he says.

While Hoffman says that the work isn’t partisan, he admits that it’s political. “I can’t help but feel that people from Webster City and everyone else like them are going to taken advantage of in some way,” he says. “Their problems are real and we have to take them seriously, especially now that they’ve put their faith in a government to address their concerns.”

Hoffman’s ultimate goal is to push his audience – the blue-collar voters but also Trump’s administration – to reflect on their roles in this situation, he says. “I don’t want these people to be left behind again.”

Brendan Hoffman is an American photographer based in Kiev, Ukraine. He is represented by the Prime collective. 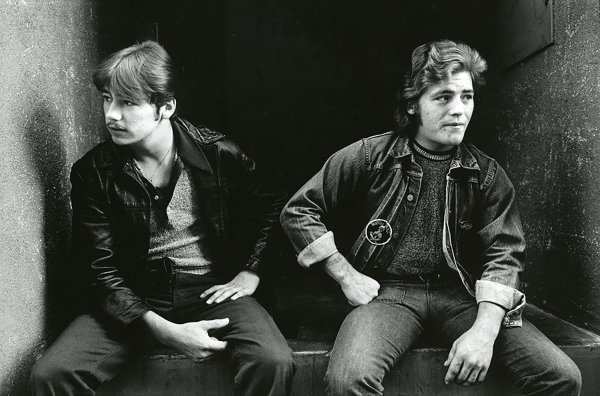 Pioneering Photographs of Gay Life in the 1960s
Next Up: Editor's Pick