Meryl Streep’s powerful speech at the 2017 Golden Globes that criticized president-elect Donald Trump for mocking a reporter with a disability garnered her plenty of support from fans and fellow celebrities alike, including Barbra Streisand, who took time during a teeth cleaning to weigh in on the situation like the queen that she is.

The legendary performer called into MSNBC’s Hardball With Chris Matthews on Monday to staunchly defend Streep after Trump called her “overrated” on Twitter, according to The Hollywood Reporter.

“I thought that she said what she said beautifully,” she said. “And I completely agree with Meryl — it was a heartbreaking moment and so beneath the dignity of the presidency, let alone any respectful person. And what we need more in this world is kindness and common decency, and how he reacts and how he has the need to talk back and insult anybody who doesn’t agree with him, that’s pretty disgraceful.”

Matthews later reminded Streisand that Trump had told The Hollywood Reporter in 2015, “Meryl Streep is excellent; she’s a fine person, too.” Streisand countered: “that’s why you can’t trust anything he says.”

“Why isn’t he sitting through briefings rather than tweeting this nonsense?” the star asked. “I don’t know how we’re going to take four years of this,” she said before returning to her teeth cleaning.”

Trump also told the New York Times that he was “not surprised” that he had come under attack from “liberal movie people.” 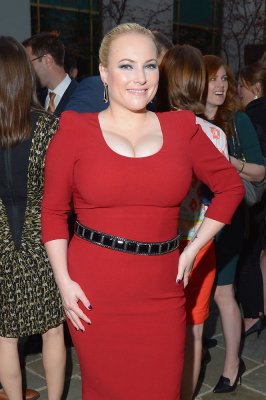