Clare Hollingworth, Journalist Who Broke the News of World War II, Dies at 105

British journalist and author Clare Hollingworth in London, on May 14, 1985.
United News/Popperfoto/Getty Images
By Kate Samuelson

Clare Hollingworth, the veteran war correspondent who broke the news that World War II had started, has died in Hong Kong at the age of 105.

Hollingworth was born in rural Leicestershire in central England on Oct. 10, 1911. Although she grew up on a farm in the countryside, her childhood was still overshadowed by World War I, which began in 1914. As Dominique Rowe recently explored in an in-depth TIME.com profile of Hollingworth and her work, Hollingworth decided from a young age that she wanted to be a writer, but first spent time in Poland, arranging the evacuation of more than 3,500 political and Jewish refugees to Britain in the lead-up to World War II.

When she left Poland in 1939, her expertise in that country proved to be essential to what would be the defining moment of her career, as Rowe reported:

Hollingworth’s important role in her profession continued long after that groundbreaking scoop. As well as writing five books, Hollingworth covered conflicts in Europe, North Africa and Asia for the Telegraph and the Guardian. (And, when a ban was imposed on British female correspondents on the front lines in Egypt in 1942, she approached the American press instead and became accredited by TIME.)

Read more: The Correspondent Who Scooped the World

Hollingworth married her second husband Geoffrey Hoare, the London Times‘ Middle East correspondent, in 1951. He died about a decade later.

In 1973, Hollingworth became the first Beijing-based correspondent for the Telegraph, a position she held for three years, and later moved to Hong Kong in the 1980s as the Telegraph’s Southeast Asia correspondent. Until her death, Hollingworth lived in Hong Kong, in an apartment near the Foreign Correspondents’ Club (FCC). Despite the onset of macular degeneration in 1995, Rowe reported, “she never officially retired and ‘Clare’s Table’ at the FCC was reserved for her every single day, in case she turned up for lunch or dinner.”

Tara Joseph, president of the FCC, said in a statement that the organization was “very sad” to hear about Hollingworth’s passing. “She was a tremendous inspiration to us all,” Joseph said. 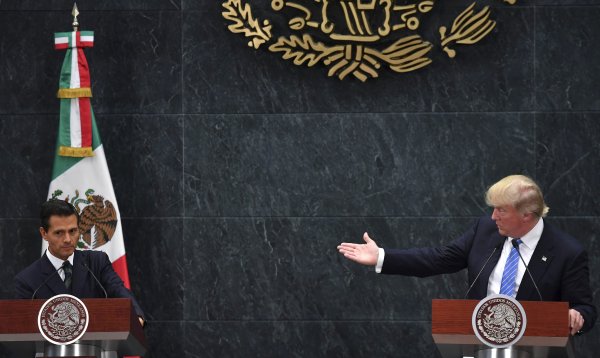 Mexico Braces Itself for Donald Trump's Presidency
Next Up: Editor's Pick