Betsy DeVos, secretary of education pick for President-elect Donald Trump, sits while meeting with Senate Majority Leader Mitch McConnell, a Republican from Kentucky, not pictured, at the U.S. Capitol in Washington, D.C., on Dec. 1, 2016.
Andrew Harrer—Bloomberg/Getty Images
By Katie Reilly

The confirmation hearings for Betsy DeVos—President-elect Donald Trump’s nominee for education secretary—have been postponed a week, rescheduled for Jan. 17 amid complaints from Democrats that more time is needed to complete her ethics review.

The Office of Government Ethics voiced concerns last week about the scheduled hearings for several nominees who have not yet completed the ethics review process. On Saturday, the Washington Post reported that DeVos was one of those nominees, due to the work involved in reviewing her considerable financial holdings for any potential conflicts of interest.

In announcing the postponed hearing, the Senate Committee on Health, Education, Labor and Pensions did not mention the concerns raised by the ethics office and some Senate Democrats. They said the change came “at the request of the Senate leadership to accommodate the Senate schedule,” the Post reported.

“Betsy DeVos is an outstanding nominee who has complied with all of the committee’s requirements and no one doubts that she will be confirmed as Education Secretary,” said an aide to committee chairman Republican Sen. Lamar Alexander, according to the Post. “This hearing delay is simply to accommodate the Senate schedule.” 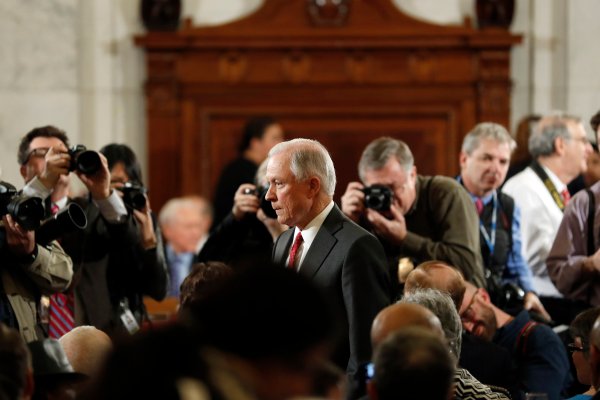