Donald Trump’s nominee to become the nation’s top diplomat is expected to face a brutal confirmation hearing on Wednesday. But the political show is unlikely to derail former Exxon Mobil CEO Rex Tillerson’s move to the State Department.

An experienced energy executive with business ties around the globe, Tillerson has been roundly criticized from all corners: liberal Democrats, anti-big business activists, pro-environment groups and good government types.

His nomination as Secretary of State is a proxy of sorts for Democrats’ objections to the incoming Administration, especially Tillerson’s ties to Russian leader Vladimir Putin, who intelligence agencies say ordered the hacking of Democratic leaders. It’s entirely likely that Democrats detour to these topics instead of asking the likely next Secretary of State the usual questions about how he might conduct diplomacy.

“He has never made public disclosures of this type, as he has worked at ExxonMobil for his entire career and has never been in public service,” said Sen. Ben Cardin of Maryland, the top Democrat on the Senate Foreign Relations Committee. “Mr. Tillerson was actively engaged with many foreign governments that could become relevant if confirmed as Secretary of State. The Senate has a responsibility to review all relevant documents during the confirmation process.”

The concerns, however, might not matter. Sure, Tillerson was awarded a high honor from Russia and his company is responsible for a huge amount of greenhouse gas emissions tied to climate change. He is among the wealthiest members of Trump’s Cabinet, and his bank account is stacked with millions he earned at a company that in many places has more clout that the State Department. He represents persistent questions about Trump’s team and its conflicts of interests. And, as USA Today reported, a subsidiary of his company did business with Iran and skirted the U.S. sanctions against a nation that the State Department monitors incredibly closely.

But it’s quite possible—if not probable—that none of that matters in the big picture. Confirmation battles seldom take down nominees and Trump has shown he pays little heed to critics and doubles-down to defy them. And, if the last two years have shown us anything, the old rules do not apply. Just ask Merrick Garland, President Obama’s consensus Supreme Court nominee who was denied a hearing by the Republican-led Senate that is likely to green-light Trump’s choices.

Finally, it’s worth noting the Democrats who will be asking the questions on the Senate Foreign Relations: the lawmakers who have some of the safest seats. While the foreign relations panel packs a lot of political heft, it’s hardly a cash cow like those that regulate telecom companies, energy firms or Wall Street. Generally, only comfortably safe lawmakers can afford to take a spot on the panel and give up posts that attract the interests of donors and lobbyists.

The most at-risk Democrat, Jeanne Shaheen of New Hampshire, won her last term by just three points. Sen. Tim Kaine of Virginia won his by 6. Both are up in 2018, represent states with heavy military interest and have proven to have serious chops on the Foreign Relations Committee. Both are likely to come to Tillerson’s hearing prepared for tough questions—but the answers still might not make a difference. 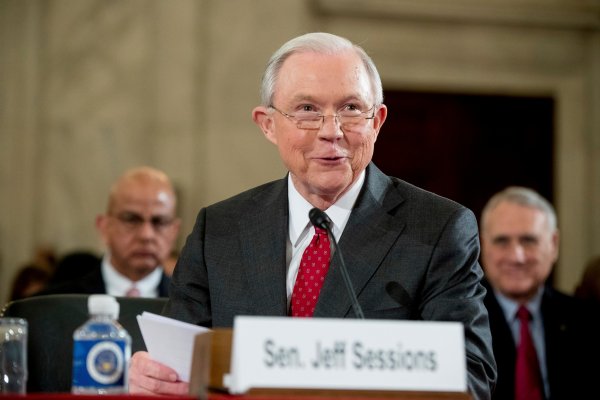