In a statement Thursday, United States Sen. John Hoeven (R-ND) said he is “honored” to serve as the new chairman of the U.S. Senate Committee on Indian Affairs.

Hoeven — a former North Dakota governor and vocal supporter of both the Keystone XL and Dakota Access oil pipelines — was elected to lead the committee on Tuesday.

“I am honored to serve as the chairman … and look forward to working with [newly elected] Vice Chairman [Sen. Tom] Udall [D-NM] and members of the Committee to pass legislation that helps improve the lives of people across Indian Country,” Hoeven said.

Read more: Meet the black woman who will run from NYC to DC to raise money for Planned Parenthood

The Indian Affairs committee is tasked with proposing legislation that addresses the concerns of “American Indian, Native Hawaiian and Alaska Native peoples,” including land management and economic development, according to the committee’s website.

Sen. Hoeven’s new job is ironic because he has repeatedly opposed causes that Native Americans support. The Dakota Access Pipeline is the most recent example. As thousands of protesters from across Indian Country converged on Cannon Ball, North Dakota, over the latter half of 2016 to block the pipeline’s completion, Hoeven called the protests “violent” and asked President Barack Obama to deploy federal law enforcement to quell them.

“We recommend you provide federal law enforcement resources immediately to state and local agencies in order to maintain public safety, which has been threatened by ongoing — and oftentimes violent — protest activity,” Hoeven wrote in a Nov. 23 letter to Obama, which he co-authored with Rep. Kevin Cramer (R-ND), according to the Huffington Post.

The same month, Hoeven criticized the U.S. Army Corps of Engineers’ reluctance to grant an easement that would have let the pipeline’s builders burrow under Lake Oahe, a section of the Missouri River. The Corps went on to deny the easement on Dec. 4.

“The solution … is for the Corps to grant an easement for the project so that life can return to normal for our farmers, ranchers, tribal members and law enforcement officers, who have worked very hard to protect the lives and property of all,” Hoeven said in a statement.

Incongruous though it may seem, Hoeven’s new position as chairman for the Indian Affairs committee is in keeping with most of the appointments made leading up to Donald Trump’s presidency. These include Trump’s nomination of an anti-civil rights attorney general in Sen. Jeff Sessions (R-Ala.) and a secretary of Housing and Urban Development who believes poverty “is more of a choice than anything else,” in Dr. Ben Carson. 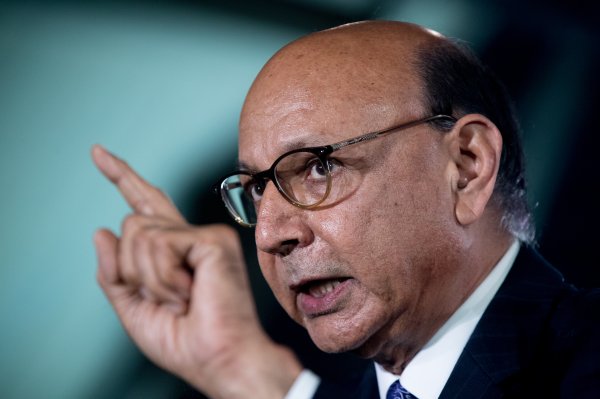