Review: 'Gravity Rush 2' Gets Everything Right — Except the Controls

Oh the places you’ll go in Gravity Rush 2, the second game by studio Project Siren, out January 20 for PlayStation 4 and about a girl whose cosmic cat lets her flout Newtonian physics.

The original was a PS Vita (Sony’s gaming handheld) exclusive, lately remastered for PlayStation 4, but a fraction as roomy. Rocket through the sequel’s comparably Olympian reaches and you’ll find entire cities hiding behind wild blue yonder easily mistaken for an art team’s impassable backdrops. It’s a trick just finding the edges of things.

Point and tap and Kat, the game’s heroine, leaps into space as if possessed, her magically inscribed body rag-dolling over skyscrapers, through swathes of clouds and on to distant floating islands tangled with aerial taxis and cargo sleds. Or land at any angle on an object, including upside down, and Kat sticks, able to dash around scooping up collectibles until her gravity gauge runs out.

Several of these buoyant boroughs have caste-like trappings: down areas are crowded and miasmic, mid-high ones prettier and less compact, while up ones are sweeping garden-circled palaces draped in gauzy light. Director Keiichiro Toyama outlandish, satirically trenchant otherworld could be Luc Besson’s The Fifth Element with the plot of Charles Dickens’ Hard Times.

It’s a great idea, if cheapened by cartoon characters given to histrionics. And the class allegory, though easy to nod along with, has all the subtlety of a shovel to the face. But it’s nice to see what could have been just another loopy superhero versus super-bad-guys yarn dig a little deeper. Gravity Rush 2‘s big ideas are all in its gameplay, but at least the socioeconomics are more than hand waved to, with players literally rising and falling to oil the cogs of progress.

How you maneuver Kat through all the game’s up-down action poses bigger problems. Kat has the run of the world, ground to sky and every vertiginous nook and cranny between. What a moment it is to kick off into the heavens and soar (or plummet) seamlessly between worlds. And so long as you’re casually sightseeing or sleuthing for collectibles, it’s easy to forgive the imprecise way Kat hurtles through space (ironically a bit like another Katt in the old ABC dramedy The Greatest American Hero.)

But when it’s time to hone in on an aerial position or stick landings, the controls falter in a way they in hindsight seemed bound to given the game’s scope. Toyama wants to give players absolute freedom of motion, but it comes too often at the expense of adaptability, grace and speed becoming quarreling concepts. It’s worst in split-second scenarios, where the separate mental processes that feed tactical planning, staying visually oriented and flat out reacting smash into each other like a traffic pileup.

Take combat, where players can swipe the PlayStation 4’s touchpad to shift between nimbler or heavier fighting styles with commensurate swift-but-mild or slow-but-devastating results. Players have to think about where Kat’s going using start-stop button taps that let her hover or speed vaguely in whatever direction the camera’s pointed. I say vaguely because the game seems to model inertia in a way that means course corrections are never exact. Kat has to be repeatedly stop-started once in motion to vector precisely. That works fine during longer flights, but feels clumsy in the confines of a superhero smackdown, say the space of a small park or battle arena circumscribed by the enemy A.I.

The speed and frequency with which Kat has to change course in battle makes orientation a luxury, leaving players to instead focus on swiveling the camera towards tiny tracking triangles as enemies every bit as quick and mercurial as you scoot around the battlefield. But since so many battles transpire in urban jungles or with other sorts of complex geometry, it’s easy to accidentally smash into structures, or get hung up on overhangs or railings in your frantic, button-mashy pursuit of moving targets.

Sometimes you’ll find yourself sliding along the ground when you though you were pointed skyward. Too often you’ll aim high or low when shooting for aerial zones without reference points—a serious pain point in missions that put you on a timer. In tighter spaces with lots of trees or up against walls, the screen jams up with amorphous architecture, leaving you to flail haphazardly back to visual freedom. It’s like the problem a six degrees of freedom space sim might have if you swapped out the slower sim parts for arcade tempos, then dragged it all down to earth.

If you’re up to wrestling with the fiddly controls, the game comes brimming with places to go and things to do. The missions alone tally in the dozens, mixing up confrontational and clandestine tropes as you pinball between surreal, topsy-turvy playgrounds. If anything, there’s too much filler, as some of these involve bait-and-switch delivery runs, or lead you on wild goose hunts with rug-pulling conclusions.

Then there’s the collectible hunt, if vacuuming up buckets of shiny things hung off tricky bits of geometry like daredevil Christmas ornaments is more your thing. Gather these and you can power-up Kat, if never in a way that smooths over the control problems. There’s also a social feedback angle that lets players take and upload pictures in the game, or hunt for treasures off clues provided by other players that yield tokens used for standout rewards. (And a place on an online scoreboard, the extent thus far of the game’s online footprint, though there will eventually be “events” players can join.)

I can’t help but admire what the studio has attempted here: a glorious, galloping adventure worthy of applause for all it attempts, even when some of those things don’t work as intended. It’s more satisfying stumbling through a game as gonzo and idiosyncratically brilliant as a Gravity Rush 2 than pronouncing another polished but unadventurous standard-bearer playable. And it’s laudable to the extent studios deserve tribute for attempting difficult, different things, mixed results or no. 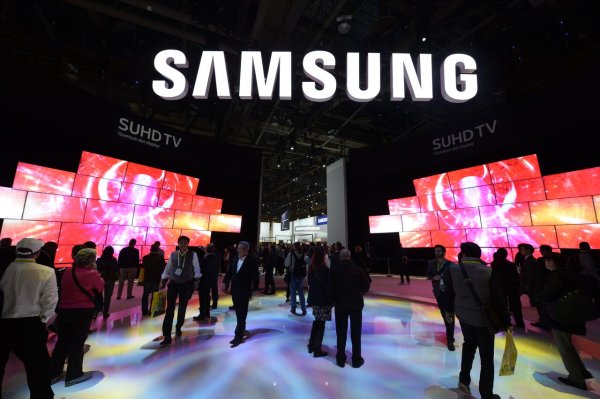