Donald Glover’s Golden Globes Atlanta win for best TV series, comedy or musical on Sunday night was one of the highlights of an already memorable evening, but his acceptance speech stole the show.

During the speech, Glover thanked rap group Migos for not only guest starring on the show, but also for their music — specifically their song “Bad and Boujee.”

“I really wanna thank the Migos, not for being in the show, but for making ‘Bad and Boujee,’” Glover said. “Like that’s the best song ever.”

This isn’t the first time, however, that Migos has made a splash in outside of the world of rap; in 2013, the ATL-bred group became the talk of the Internet after someone claimed that they “were better than the Beatles.” Glover reiterated a version of this sentiment in a post-show interview where he said that he thought they are “the Beatles of this generation and they don’t get a lot of respect, outside of Atlanta.”

Migos, for their part, loved the shout out.

And they weren’t the only ones. The Internet enthusiastically sounded off on Donald Glover and Migos. 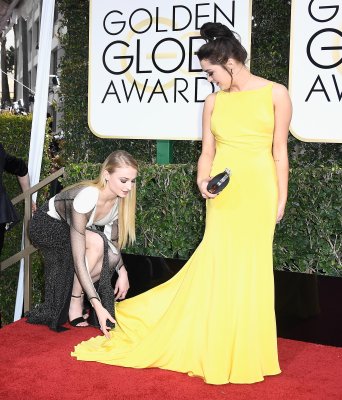 Anna Kendrick Took the Most Sisterly Maisie Williams and Sophie Turner Photo Ever
Next Up: Editor's Pick