Hollywood’s biggest party seemed, even in its most raucous moments, a bit muted.

The Golden Globes, airing Sunday night, were the first major live entertainment broadcast to air after the election of President-elect Donald Trump, an event which Hollywood had seemed to oppose strongly. It was an odd look for the broadcast that styles itself the most aggressively fun awards show of the season—handed out by a voting body of international entertainment correspondents in a room where the liquor flows freely. But it was one the show seemed poorly equipped to handle, taking stabs at politics only fitfully and finding nothing worth saying in the spaces between. That the night’s big winner was La La Land, a musical about burying oneself in one’s art, felt preordained.

After all, host Jimmy Fallon seemed almost duty-bound to avoid the political in his moments onstage. While he made notional references to Trump in his opening monologue (comparing him to a Game of Thrones character who died seasons ago), his time onstage was largely consumed with burnishing the Fallon brand. To call that brand apolitical would be to acknowledge that politics even exist at all—and surely that’s not what Fallon would want, consumed onstage as he was with odd word association games and a regrettable live rap. It’s fine to push past the divisive issues in hopes of uniting the viewership, but in the absence of a strong comic point-of-view, the host needs to actually bring some sort of shock-and-awe spectacle to keep viewers from looking back down at their phones. Fallon seemed not even to try, bringing less effort to the gig than he does to a typical episode of The Tonight Show. It was an odd performance.

But perhaps he was shaken by the resonance of the moment—a show that bore with it the possibility to speak to the largest gathered audience since election night. Give Meryl Streep credit for taking the opportunity, in her acceptance of the lifetime achievement Cecil B. DeMille Award: She certainly left nothing on the table. Her heartfelt speech, though, fell into a typical Hollywood trap of treating the movie industry as being at the vanguard of human achievement, with its long list of actors born outside the U.S. made to stand in for something more meaningful than itself. The whole speech, with its proactive recommendations for what the press must do and its citations of what Hollywood was already doing right, was a funny look for a performer who, just a few years ago, won awards for a sympathetic portrayal of conservative icon Margaret Thatcher; now that that’s over and an Oscar’s on the shelf, Hollywood is the safeguard of classical liberal values. But in this unsettled moment, the speech still felt like a raft to grab onto.

Why not? The rest of the partygoers, after all, had little more to say. That La La Land—explicitly about being an artist who ignores the real world—hogged the awards, including Best Director and Best Screenplay, meant there was little engagement with just about anything outside movieland in the major movie acceptance speeches. And in the TV undercard, decorum reigned, thanks in part to the volume of Brits who picked up prizes for drama series The Crown and miniseries The Night Manager. The latter show’s acting winner Tom Hiddleston gave a lengthy and tone-deaf speech about his visit to Africa, in which he met fans of his show, but during a show in which the host placed a premium on the vulgar and the loud, it seemed like a minor offense.

The Oscars lie ahead—with a different host, ABC late-night star Jimmy Kimmel, who promises to bring a more acerbic energy, at least. But the professionalization of awards-show speeches remains a concern: The La La Land speeches, two by writer/director Damien Chazelle, seemed suavely assured; Emma Stone, accepting on behalf of anyone who’d ever felt alienated in any circumstance, had gotten out ahead of the narrative entertainment journalists would be willing to write for her if she’d just give them a second. And maybe by the Oscars, the show that all this is building to, awards shows will have shaken off their uneasy relationship with the news.

All it takes, though, is one moment of joy to make a three-hour broadcast worthwhile, and to forcibly make a broadcast escapist by actually helping one escape. Isabelle Huppert, accepting the Best Actress in a Drama prize for Elle, was not the expected winner; the subject matter of the film is hardly the stuff of awards glory, and Huppert, a world cinema icon, is not an awards favorite stateside. And, in winning unexpectedly, the actress seemed genuinely delighted, laughing and almost overcome. Recognition is fun—but surprise is even better. And at an awards ceremony that honored a deeply effortful tribute to an idea of “Old Hollywood” and where everything from Streep’s speech about Hollywood’s historic role to Fallon’s “freestyle” raps felt overworked, that sensation was in short supply. 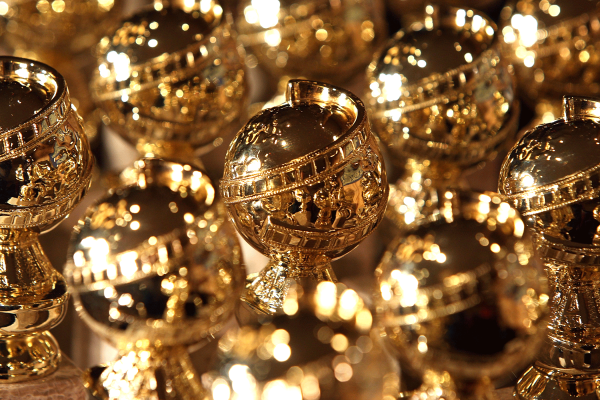 See All the Golden Globes Winners
Next Up: Editor's Pick