In an otherwise lackluster awards show, Kristen Wiig and Steve Carrell shone with a bit of dark humor. Presenting best animated film, Wiig asked Carrell if he remembered the first animated movie he ever saw.

“It was kind of a big deal. I was six years old, and my dad took me to see Fantasia,” he said. “It was kind of a life-changing experience. And as we were leaving the theater, there standing in the lobby was my mom. And that was the moment she told me dad she wanted a divorce. I never saw my father again after that day. Fantasia day.”

After tearing up, he asked Wiig about her first animated film. She said she saw Bambi “the same day we had to put our dogs down.

“Three of them. Little Jack, Janet and Chrissy. My grandpa thought it would be fun to go to the movie and take our minds off of it. But you know, Bambi’s mom—and also that was the last day I saw my grandpa. He disappeared, and I didn’t speak for two years.”

Through their fake tears, they may have unwittingly nominated themselves for next year’s hosting gig. Twitter is already clamoring for a Wiig-Carrell awards show. 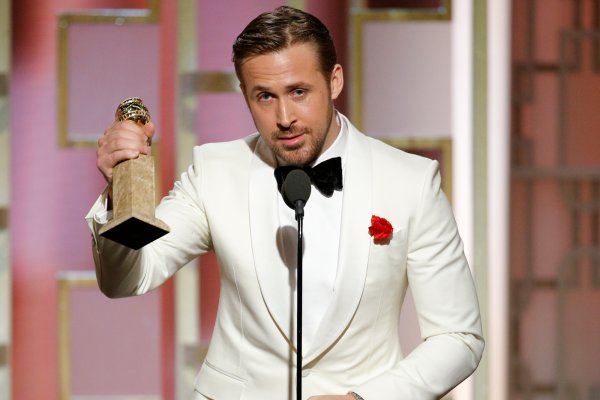