The day after Thanksgiving, president-elect Donald Trump left Marjorie Dannenfelser a voicemail thanking her for the efforts of her volunteers, who knocked on more than one million doors on his behalf this election. Dannenfelser, the president of Susan B. Anthony’s List which opposes abortion, had exacted a set of promises from Trump in a public letter last fall—including his commitment to defund Planned Parenthood as long as the group performs abortions. “We won for a reason,” Dannenfelser says. “There’s never been a time, ever, when the muscle of the pro-life movement has been so strong.”

For the first time in eight years, Dannenfelser and anti-abortion advocates are on the offensive and hoping their electoral work will pay off. On Thursday, House Speaker Paul Ryan formally announced that Republicans will strip federal funding for Planned Parenthood in a budget bill that will also repeal the Affordable Care Act. Planned Parenthood and its allies are promising a fight against daunting odds. “Regardless of what Paul Ryan says and what he does, we are not going away, and we are not going anywhere,” Planned Parenthood’s president Cecile Richards says. “You can’t completely end a public health care system in America and not think about what the impact will be on the folks who have least access to care.”

Defunding Planned Parenthood—a legislative priority of abortion opponents throughout Obama’s presidency—would have a significant impact on the group’s ability to provide health care services, particularly for low-income women and men. Planned Parenthood affiliates received $553 million in government funding in 2014, which accounted for more than 40% of their total $1.3 billion revenue. The money comes not as a lump sum from the federal government, but largely as reimbursements for services provided to patients on public programs like Medicaid—services from cervical cancer screenings to STI testing, but not abortions, for which federal funds are prohibited. According to a Planned Parenthood spokesperson, about 75% of the $553 million was reimbursements through Medicaid, as nearly two-thirds of Planned Parenthood patients rely on public programs like Medicaid for their health care.

“They would have to have alternative providers, and the question is, are there?” Judith Solomon, vice president for health policy at the Center on Budget and Policy Priorities, explains. “That is why this is especially troubling in terms of Medicaid, and really undoing decades of work to ensure that low-income women have ready access to family planning.”

By tying the repeal of the Affordable Care Act and the defunding of Planned Parenthood to the upcoming budget reconciliation bill, Republican congressional leadership hopes both have a greater chance of passing despite Democratic opposition. Reconciliation bills only need a simple majority of Senators to pass, versus the usual three-fifths majority, and they are not subject to filibusters.

The move eases their chances of passing the defunding measure. Republicans have a 52-48 majority in the new Senate. Two Republican senators, Lisa Murkowski of Alaska and Susan Collins of Maine, have expressed concern about defunding Planned Parenthood through reconciliation. A third Republican, Rand Paul of Kentucky, has objected to repealing the Affordable Care Act without a replacement plan in place. When a vote to defund Planned Parenthood came up in the Senate in 2015 as part of a budget reconciliation measure that Obama later vetoed, ultimately Collins voted against it and Murkowski voted for it. Two moderate Democratic senators, Joe Manchin of West Virginia and Joe Donnelly of Indiana, also voted against it, but they had voted to defund Planned Parenthood in the past.

SBA List aims to make rejecting the defunding measure politically painful for Democratic senators in red states. SBA List is putting pressure on six Democratic senators up for reelection in 2018—Heidi Heitkamp of North Dakota, Jon Tester of Montana, Sherrod Brown of Ohio, Claire McCaskill of Missouri, Tammy Baldwin of Wisconsin, and Bill Nelson of Florida—whose states Trump won and whose districts, according to a poll this week by SBA List, largely oppose taxpayer funding for Planned Parenthood. After the 2010 midterms, SBA List and allies worked to defeat abortion-opposing Democrats in the House who had voted in favor of the Affordable Care Act. “What I give them props for, because they’ve been great at it, is through threats and organization, and primary processes, they have been extremely effective at either getting true believers into office or scaring electeds into adhering to their agenda,” Ilyse Hogue, president of NARAL Pro-Choice America, says. “They will attempt to, and certainly have put the pieces into place to, do a lot of damage.”

This cycle, Dannenfelser’s teams targeted a total of 1.6 million voters, focusing on Hispanic areas in Florida, and Democratic and independent areas in North Carolina and Ohio, specifically to turn out both voters who were inclined to vote against abortion but who did not vote regularly and new Democrats, Independents, and Hispanics voters who might be persuadable on the abortion issue. Their goal, which they achieved, was to help re-elect Senators Marco Rubio of Florida, Richard Burr of North Carolina, Rob Portman of Ohio, and Roy Blunt of Missouri, who support their anti-abortion positions. “It took a while to get to the place where we could scale what we did,” Dannenfelser says. “2016 was the first time we had a presidential where we’ve had such power on the ground to move battleground states.”

Hours after Ryan’s announcement on Thursday, Richards and Hogue joined House Democratic Leader Nancy Pelosi and two dozen members of the House’s Pro-Choice Caucus for a press conference demonstrating their opposition to the defunding provision. Planned Parenthood Action Fund launched an “I Stand With Planned Parenthood” campaign this week, for supporters to share their opposition with Congress and participate in 300 events in 100 cities over the next three months. The day after Trump’s inauguration, Richards and Hogue are encouraging women and allied men to join the Women’s March on Washington. “Efforts are underway to make sure that every single person whose lives have been touched by Planned Parenthood is mobilized to fight back against the defunding of them,” Hogue says. “Their patients and people who are not their patients, they have a higher approval rating than Donald Trump ever enjoyed in the election.”

Until the actual language of the measure is decided, the exact impact on Planned Parenthood, its affiliates, and its patients remains in flux. States or cities may be able to decide how much of the cost of services they may reimburse without federal dollars. Hogue says NARAL has gotten increased donations since the election, and they are looking to create “safe zones” where women can get services, and working on winning state legislatures ahead of the 2020 redistricting. “Planned Parenthood will continue to survive, but millions of folks, not only women, who rely on us for preventive health care would no longer be able to go to Planned Parenthood,” Richards says. “We always pursue every legal means, and we will.”

Abortion opponents are working to capitalize on their momentum. Dannenfelser says they are working to confirm Trump’s nominee for attorney general, Jeff Sessions. Then there’s the Supreme Court nomination, where they expect Trump to follow through on his promise to name a judge who seeks to allow states to outlaw abortion. They want to try again to pass legislation banning most abortions after 20 weeks—which Trump has also promised to sign—and to target senators up for reelection in 2018 if they stray from their previous anti-abortion commitments. They also want to make the Hyde amendment permanent law, and they expect Trump to reinstate Ronald Reagan’s Mexico City policy, which Obama and Bill Clinton rescinded in their terms, that prevents U.S. foreign aid recipients from promoting or performing abortions. “We are finally in a position to succeed,” Dannenfelser says. 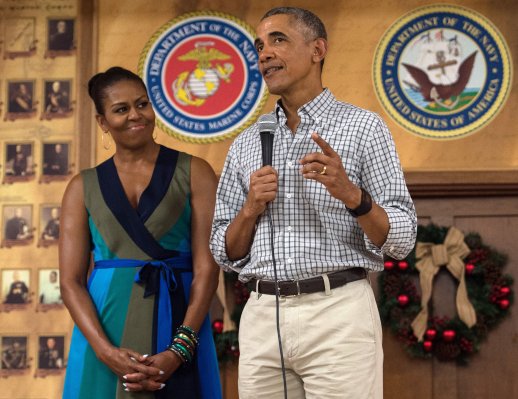