Education Is Not a Marketplace You Can Game With Vouchers

School choice is a terrific slogan and an even better policy—when it works. All parents should have the option of sending their child to a place that is a good fit for that kid. One initiative in the choice movement—charter schools—has made an enormous difference in the lives of millions of children. Currently, more than 2.5 million K-12 kids are enrolled in charters: public schools operating outside the confines of union rules. That’s 5.1% of all public school children, up from just 1.6% ten years ago. Another 500,000 are on waiting lists to join them. Parents are voting with their feet.

Now, with President-elect Donald Trump’s nomination of Betsy DeVos to be Secretary of Education, “choice” is likely to get super-charged. Ms. DeVos is a major supporter of school vouchers. School vouchers are dollar-based credits that parents can use to pay for schools beyond their neighborhood. Those options may include public schools in nearby districts, private schools and, occasionally, parochial schools. Unfortunately, the education “marketplace” is not ready to handle this game-changer. That’s because what makes a real marketplace work—good information, pricing flexibility and low friction—just doesn’t exist. And without it, the parents who need better options most—low-income parents whose kids are stuck in bad schools—will be the worst served.

Twelve states and the District of Columbia allow vouchers, so we have a little data about the results and where the pitfalls lie with the various approaches. After 35 years of working in the K-12 and college markets, and often being called a bomb-thrower for the changes I’ve helped implement in standardized-test prep and online education, I see three main problems with vouchers.

First, voucher programs typically put the same money behind each student, although the needs of each vary wildly. A voucher program that allows schools to cherry-pick the kids who are the easiest (and lowest cost) to educate will distribute resources towards wealthier and higher-achieving students. Vouchers need to honestly reflect the cost of educating each child. A few states have tied vouchers to special-needs children, but research on and experience with more subtle allocation approaches is almost non-existent.

Second, parents have terrible information about school alternatives. And even worse information about which schools might be best for their kids—a good fit. Given how the Internet has revolutionized how we shop, learn and socialize, one might think that the information part of the voucher problem would be the easiest to solve. Surprisingly, it isn’t.

Suppose a parent in the New York area suddenly had access to a voucher. Seeking a better school in a not-too-distant suburb, she might type “compare elementary schools on Long Island” into Google. The search would yield 55,100,000 results, and yet none of it truly useful.

How does one assess the rate of, and response to, disruptive behavior? Current data may not help. Arrests give little insight into a school’s environment—except at the extreme limits. What about school suspensions? Does a (comparatively) high rate of suspension mean the school has more troublemakers or a zero-tolerance policy? And what does the presence of metal detectors mean—especially if parents never know how many weapons are confiscated.

Next, the parent seeking what’s best for their child really wants to know: Do children like mine thrive, wither or get lost in a particular school? Is this a good fit for my child? But here, too, the available information is, at best, average: What percentage of students graduate from the school, and what percentage of students pass the state-wide exams in reading and math compared to the state average? And what does a parent do with reported demographic characteristics like mean household income or percentage of minority students?

More likely the parent will come across state-wide lists of “best” schools created by popular magazines that use methodologies even more suspect than those used to create lists of best colleges.

Those promotional materials touch on another problem with the voucher environment: Some schools and districts are far better at marketing themselves than others. Parents would be far more likely to use their vouchers at schools that are good at marketing—not necessarily good at educating children.

We saw that problem writ large several years ago when for-profit colleges went after low-income students eligible for government loans and veterans with access to GI Bill benefits. With marketing budgets often ten to twenty times larger than those of traditional colleges—and a high-pressure sales approach—too many for-profit schools convinced millions of students to take on collectively billions of dollars of debt on programs whose graduation rates were in the single digits.

In short, most of the information parents can find on the Internet ranges from misleading to useless. But there is a solution. First, entrepreneurs in the social, educational and technological spheres must do a better job of providing parents with useful information. We have to take a more socially responsible position and create insights, not just over-simplified grades or “badges” that are “sold” to school districts to be prominently displayed on buildings, websites and promotional materials.

Schools, districts and states already collect reams of information about students. Unfortunately, none of it is linked longitudinally. We test children in the first grade but never check 12 years later whether that student went to college or to prison.

How a child does in middle school is very much a function of what they learned in elementary school. Similarly, how he does in high school is strongly influenced by his middle-school experience. Integrating the data and analyzing a child’s path over time is not easy, but it is essential. And then making that information accessible and understandable is a second challenge. Entrepreneurs are poised to take on this challenge. But first, the states have to make the data available. They have it. But they are keeping it in inaccessible silos.

Once we’ve solved the first two (admittedly difficult) problems, we must take on the admissions process. We need to reduce the friction. Giving parents the right sized voucher and good information, but making it too difficult to apply, is no empowerment at all. The application process often stretches over six to twelve months, and often includes a thicket of rules and processes that dissuade all but the most determined parent; kids with parents who are less sophisticated or who work longer hours get the short end of the stick. And that’s within a district. It’s worse when parents attempt to apply for admission to a school outside one’s home district.

Luckily, we have both good and bad examples in the college admissions process. On the plus side, the Common App has streamlined the application process. But it is offset by the over-reliance on the SAT, which gives an extra edge to wealthy families who know how to game the system. It’s not difficult to envision good models for a simpler, fairer application process.

To make vouchers work, and to vastly improve any choice program, parents need the right funding, the right information, and a simple, efficient way to act on their choices. The new Education Secretary could enable choice by helping to clear away the formidable brush in front of it. 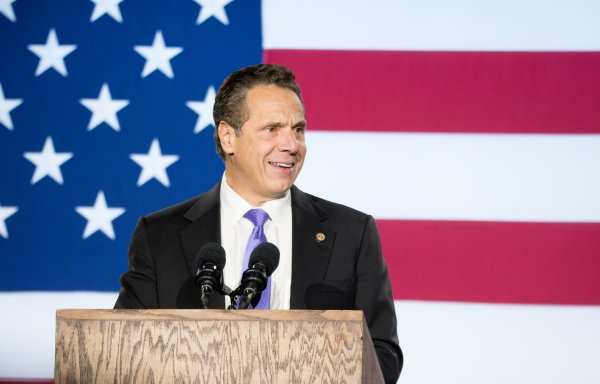