5 Books to Read Before Awards Season

Fun fact: the film adaptation of this New York Times-bestseller began shooting even before the book was released in September. And it’s not hard to see why: Shetterly’s meticulously-researched, inspiring story jumps off the page. The book celebrates Dorothy Vaughn, Mary Jackson, Katherine Johnson, and Christine Darden, the black female mathematicians who worked as “human computers” at the Langley memorial Aeronautical Laboratory in Hampton, Virginia during World War II, tabulating the calculations that would send man into space. Octavia Spencer is nominated for Best Supporting Actress in a Motion Picture at the 2017 Golden Globes, and Han Zimmer, Pharrell Williams, and Benjamin Wallfisch are also nominated for Best Original Score.

2. A Long Way Home: A Memoir, by Saroo Brierley

If you need proof of how technology allows us to do some remarkable things, look to Saroo Brierley’s remarkable memoir, the inspiration behind the film Lion. Brierley recounts how, at age five he was separated from his parents while riding a train in India and spent weeks alone in Calcutta because he was unable to provide information that would help locate his family. Eventually he was put up for adoption and went to live with a couple in Australia. If that story isn’t compelling (and heartbreaking) enough, fast forward to the creation of Google Earth, which an adult Brierley used to look at satellite images and eventually find the home he lost as a boy. Lion is nominated for four 2017 Golden Globes: Best Motion Picture—Drama, Best Supporting Actor (Dev Patel) and Actress (Nicole Kidman), and Best Original Score (Dustin O’Halloran and Hauschka).

Wilson’s challenging play—about an African American man struggling to provide for his family in the 1950s—is no stranger from critical acclaim. In 1987, it received the Pulitzer Prize for Drama, as well as the Tony Award for Best Play. After starring in its 2010 Broadway revival with Viola Davis, Denzel Washington chose to adapt the play as his directorial debut. Both actors returned to star in the film, and are nominated for 2017 Golden Globes for their roles.

4. Stories of Your Life and Others, by Ted Chiang

Chiang’s short story was adapted into the film Arrival, starring Amy Adams, Jeremy Renner, and Forest Whitaker. Although the sci-fi collection features eight short stories, the titular story was the inspiration behind the major motion picture, which centers around a linguistics professor trying to communicate with aliens—and save humanity from potential destruction. Adams received a 2017 Golden Globe nomination for Best Actress—Motion Picture Drama for her performance, and Jóhann Jóhannsson picked up a nom for Best Original Score.

5. Tony and Susan, by Austin Wright

f you’re looking for a thrilling and chilling read, turn to Wright’s 1993 novel which inspired the film Nocturnal Animals. It follows a lonely woman who receives a manuscript from her first husband that forces her to confront some unfortunate truths about her past. Tom Ford (yes, that one) received two 2017 Golden Globe nominations (Best Screenplay and Best Director) for his ambitious adaptation. Aaron Taylor-Johnson also picked up a nomination for Best Supporting Actor. 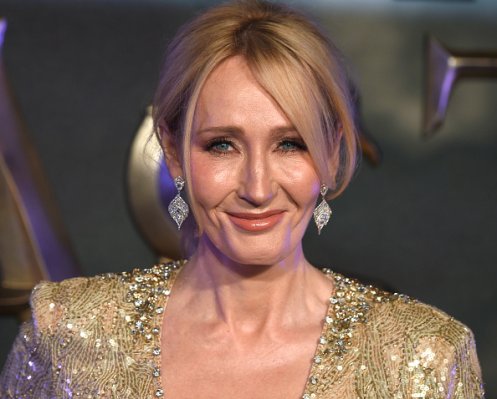 J.K. Rowling Gives Fans the Most J.K. Rowling Clue About Her New Books
Next Up: Editor's Pick