Why Jim Henson and Mr. Rogers Are More Important Than Ever

Jim Henson, Martin Luther King, Jr. and Jane Goodall
Ron Galella—WireImage/Getty Images; Michael Ochs Archives/Getty Images; Gustavo Caballero/Getty Images
Ideas
By Brad Meltzer
Meltzer is the #1 New York Times bestselling author of The Escape Artist and many other bestselling thrillers, as well as the "Ordinary People Change the World" series. He is also the host of the History Channel TV shows Brad Meltzer’s Decoded and Brad Meltzer’s Lost History, which he used to help find the missing 9/11 flag that the firefighters raised at Ground Zero. He lives in South Florida with his family.

Those are my answers.

The question? “What famous person would you want have dinner with?”

The creator of Kermit and the King of Kindness are my go-tos. They’ve always been my heroes.

Of course, now you’re judging me. I don’t blame you. You can tell a lot about someone by whom they idolize. Indeed, after two decades of studying so-called “heroes,” I’ve realized that heroes are really magic mirrors. Your heroes don’t just reflect you; they reveal you.

If you tell me who your hero is, I’ll tell you who you are.

You can see it at the highest levels of power. Right now, in Washington, D.C., there’s a secure conference room where Attorney General Loretta Lynch holds her daily senior staff meeting. On the walls of the room hang four oil paintings of previous Attorneys General. But here’s the cool part: As a tradition, the Attorney General handpicks the four portraits that hang there. So who’s hanging there now? Bobby Kennedy, Janet Reno, Eric Holder and Elliot Richardson, who resigned rather than follow Richard Nixon’s order to fire the special prosecutor investigating Watergate.

C’mon… the Nixon one alone is kickass, right?

By picking Richardson as her hero, Attorney General Lynch reveals what she stands for, what she values, what she hopes to be and even her deepest worries and fears.

It’s always been that way. Back during the Great Depression, the most popular heroes in the comic strips were Tarzan and Buck Rogers. They were characters designed to transport us elsewhere—into the jungle and the 25th century. Why? Because the world was depressing. Then, in 1938, as World War II began encroaching on our shores, the world became a far scarier place. Now, we wanted someone to protect us. That’s when a character named Superman came along.

So at that time, why did Superman quickly sell a million copies? Sure, superpowers are cool. And yes, he was someone people could aspire to. But when we look at that magic mirror, Superman revealed what we needed most in World War II—someone to come save us. Right there, he showed us our country’s greatest fears at the time.

The same holds true with our new President-elect. In Donald Trump, half the country sees a hero; the other half sees a villain. And no matter what side you’re on, your view of Trump reveals how you see the world, how you see justice and, as always, what scares you deep at your core.

Need more proof? A few years ago, I started writing non-fiction children’s books for my own kids. I was tired of them looking to reality-TV stars and short-fused athletes, thinking that that’s what a hero was. Instead, I wanted to give them real heroes like Abraham Lincoln, Amelia Earhart, Jackie Robinson and Jane Goodall. And clearly I wasn’t the only parent with that dream. During the week of the presidential election, sales of two of my children’s books, I am Martin Luther King, Jr. and I am Rosa Parks, shot up 20%. In the month after Trump’s victory, sales for our “I Am” series were up 91% from the previous year. Today, whatever side you’re on, it’s one of the few things where most people agree: As a country, we’re starving for real heroes.

So what do we do? In our jaded time, when many people don’t trust the news, and we can’t even agree on what “facts” are, can we even find that thing called “the truth” anymore? Do heroes and history even matter these days?

Of course they do. Especially now when they feel so extinct. You can spend the next four years telling your kids how awful “the other side” is. (Republicans and Democrats are both guilty of it.) But if you really want to exert some power, share with your kids your own heroes—from Albert Einstein to Marie Curie, from Neil Armstrong to Sally Ride, from a grandparent to an English teacher. Show your kids what your heroes accomplished. Show them what they stand for. Show them why their battles mattered. In the process, like it or not, you’ll be revealing the very best thing of all: who you really are.

As for Jim Henson and Mr. Rogers, when I was five years old, they taught me that you could use creativity to entertain people—and also to bring out the good in them. I still owe them both for that. 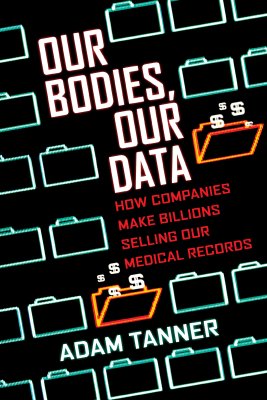 How Your Medical Data Fuels a Hidden Multi-Billion Dollar Industry
Next Up: Editor's Pick