President-elect Donald Trump will take office by the end of the month, but Massachusetts Senator Elizabeth Warren is already looking ahead to the next round of elections. In a passionate blog post, she assured her followers that she will run for office again in 2018 because “this is no time to quit.”

“Nobody expected 2017 to start this way. This isn’t the fight we were expecting to fight,” Warren wrote on Friday morning in a note that was also sent out to her email subscribers. “But this is the fight that’s in front of us. And the people of Massachusetts didn’t send me to Washington to roll over and play dead while Donald Trump and his team of billionaires, bigots, and Wall Street bankers crush the working people of our Commonwealth and this country.”

The announcement comes after Democrats have speculated Warren will run for president in 2020, a theory she didn’t address in the post. She did, however, ensure that she’ll make the most of her current seat in the Senate. “In the weeks and months ahead, we will stand up to the Trump Administration’s racism, sexism, bigotry and hate,” she said. “We will fight back against attacks on Latinos, African-Americans, Muslims, immigrants, women, and LGBT Americans. Our diversity is what makes our country strong – and on this, there will be NO compromise.” 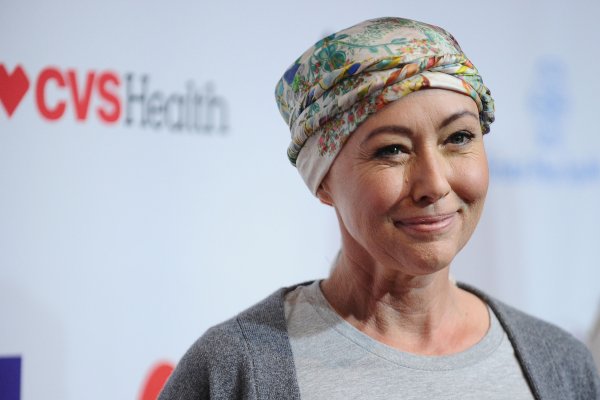 Shannen Doherty Gave Her Radiation Machine a Sweet Nickname
Next Up: Editor's Pick