Britain's Theresa May Plans to Visit Donald Trump in Spring

U.K. Prime Minister Theresa May is planning to meet with President-elect Donald Trump in spring 2017 although no firm timing has been arranged, her office confirmed Thursday evening.

May’s joint chiefs of staff, Fiona Hill and Nick Timothy, travelled to New York and Washington in mid-December on a secret mission to rebuild bridges with Trump’s advisors, Downing Street said. May was critical of Trump during the presidential campaign, saying in December 2015 that his proposed ban on Muslims entering the United States was “divisive, unhelpful and wrong.”

The meeting between Trump and May’s aides took place around a month after the President-elect suggested via Twitter that Brexit campaigner Nigel Farage should be Britain’s ambassador to the U.S.. In response, May’s office put out a terse statement saying that there was “no vacancy”.

“The prime minister suggested it would be a good idea for key staff from both teams to meet. President-elect Trump agreed this would be useful,” Downing Street said in a statement sent to TIME. “We are pleased to have been able to make that happen and the prime minister looks forward to visiting the new president in the spring.”

It’s just the latest move by May to curry favor with the incoming president, as the U.K. seeks to build new trading relationships ahead of its withdrawal from the E.U. Last week she distanced the U.K. from the current administration in Washington by criticizing a speech made by John Kerry on Israeli settlements as “inappropriate.”

And, unlike German Chancellor Angela Merkel, May gave Trump a wholehearted congratulations on his shock presidential election victory last November, telling him that the U.K. and U.S. “are, and will remain, strong and close partners on trade, security and defence.” 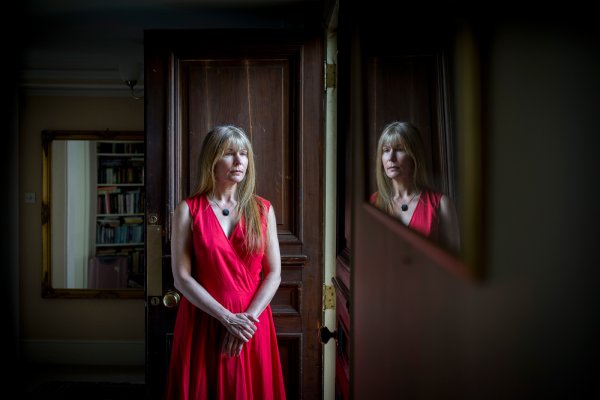 The Accidental Whistle-Blower: Clare Rewcastle Brown and 1MDB
Next Up: Editor's Pick