Joe Biden to Donald Trump: 'Grow Up. Time to Be an Adult'

Vice President Joe Biden said it’s “time” for President-elect Donald Trump to “grow up” and “be an adult” in a new interview set to air Thursday night.

Biden flashed a wide smile as he delivered his punches after PBS NewsHour’s Judy Woodruff asked him to comment on a series of recent Trump tweets, including one in which he called Sen. Chuck Schumer a “head clown.”

“Grow up, Donald. Grow up. Time to be an adult. You’re president,” Biden said, according to a brief video clip the program published on Twitter. “You got to do something. Show us what you have.”

During the 2016 election campaign, Biden was vocal about his dislike for Trump. In October, Biden suggested he would have enjoyed a physical fight with Trump if the two were both in high school together.

“The press always asks me: don’t I wish I were debating him,” Biden said at the time. “No, I wish we were in high school—I could take him behind the gym. That’s what I wish.” 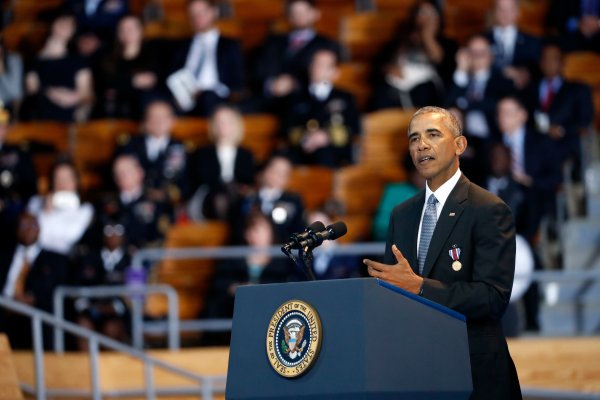 Read President Obama's Farewell Address to the Armed Forces
Next Up: Editor's Pick