Officials in Chicago charged four people with a hate crime and battery after the group was allegedly caught on a Facebook Live video beating a tied-up mentally disabled teenager.

The Cook County State’s Attorney’s office filed the felony charges Thursday against the suspects, who are black and who repeatedly shouted obscenities about President elect-Donald Trump and about the victim being white while they menaced him.

Disturbing live-streamed footage shows four people cutting up their victim’s clothing with a knife as he’s bound and gagged in a corner. The victim, whose identity has not been released, has blood gushing from a wound on top of his head at one point of the video, and he’s forced to drink water out of a toilet in another video. One of his attackers can be heard threatening to knock him out if he doesn’t stand up.

The victim was bound for up to six hours before he was able to escape when police responded to a neighbor’s complaint about noise.

He had willingly went to meet one of the alleged offenders, 18-year-old Jordan Hill, on Dec. 31 and wasn’t attacked until Tuesday following a “play fight” with the classmate that escalated, Chicago Police Commander Kevin Duffin said at a news conference.

The victim’s parents had dropped him off at a McDonald’s where he was set to meet up with Hill, an acquaintance he knew from school, under the premise that their son was going to sleep over his friend’s house. Duffin said the two drove around in a van that Hill allegedly stole prior to the get-together. The victim slept in the van for at least one night.

It’s unclear what the pair did leading up to Tuesday when they went to a residence of two of the other suspects who are sisters. That’s where the victim said he and Hill got into a friendly skirmish. “The victim tells us he got into a play fight with Jordan and it escalated from there,” Duffin said.

The victim managed to leave the house as two of the female suspects engaged with the angry neighbor and police.

Authorities said they found the “discombobulated” victim walking on the street “bloodied and battered” shortly afterward with his tank top inside out. He was taken to the hospital for treatment and is expected to recover.

The hate crime charges stem from both the victim being white and mentally disabled, according to Chicago police. “There was never a question whether or not this incident qualified to be investigated as a hate crime,” Chicago Police Superintendent Eddie Johnson said, adding that the attack was “reprehensible.”

Duffin justified the hate crime charges by citing the “totality of the circumstances,” which included the victim’s “diminished mental capacity” and the “obvious racial quotes” heard on the video.

The suspects are set to appear in bond court Friday, prosecutors said. Duffin said they did not express remorse when giving their statements to police. 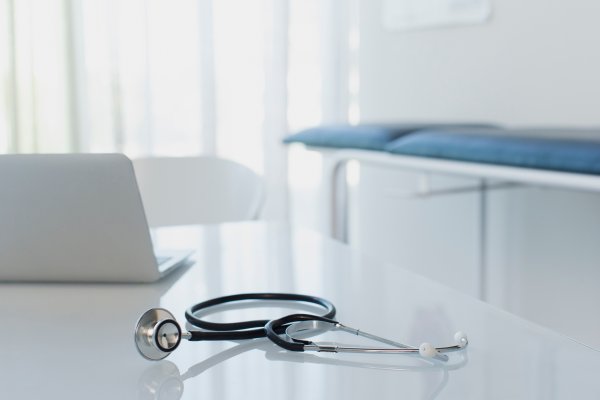 Transgender Man Sues Catholic Hospital for Rejecting His Surgery
Next Up: Editor's Pick