Amazon Is Already Winning the Next Big Arms Race in Tech

Companies like Apple, Google, Samsung, and Microsoft have all vied for control over the phones we carry in our pockets, the computers at our desks, and even the watches on our wrists. But over the past year a new arms race has emerged in Silicon Valley: competing to develop the most sophisticated virtual assistant. And Amazon is winning.

Ford, Whirlpool, Lenovo, GE, and Dish are a few of the brands announcing plans to add Amazon’s voice-activated helper to their hardware. That will make it possible to interact with those devices by saying something like, “Alexa, how much time is left on my wash cycle?” rather than sprinting downstairs to the laundry room. With Alexa, Amazon is building an invisible operating system for running a broad range of aspects of daily life.

After years of promise—and considerable failure—voice-recognition technology has finally matured. “You don’t have to pull your phone out or have it relatively close by, that actually makes a difference,” says Alan Black, a professor at the Language Institute in Carnegie Mellon’ School of Computer Science. “Because it’s in the environment, it changes the way you interact with it. People will expect that it will just be there.”

Much of Alexa’s coming ubiquity can be traced back the Amazon Echo, the $179.99 Internet-connected, Alexa-powered speaker that answers questions and runs apps. The Echo became a surprise hit with consumers — Amazon is estimated to have sold 5.1 million Echo devices since it launched the gadget in 2014, according to data from Consumer Intelligence Research Partners. (Amazon does not reveal sales figures). Amazon also launched a smaller, more affordable Echo called the Echo Dot and a portable variant called the Amazon Tap last year.

Other tech tech firms have taken notice. Google released late last year a similar device equipped with its own virtual aide called the Google Home, while Apple updated Siri to work with other apps and services in September. (Users can now, for example, say things like, “Siri, show me photos of bridesmaid dresses on Pinterest.”). Apple is also said to be working on its own Echo-like device, while Microsoft recently announced plans to brings its Cortana voice agent to Harman Kardon speakers. Samsung in late 2016 agreed to acquired Viv Labs, a startup founded by Siri’s original creator that is now developing an advanced personal assistant expected to debut on the next Galaxy smartphone. This trend will only continue: Research firm Gartner predicts that by 2019, 20 percent of all smartphone interactions will take place through personal assistants, and by 2020 most gadgets will be designed to work with “zero or minimal touch.”

Amazon is contending with tech companies that have historically done better with consumers when it comes to gadgets and software. Apple is the second largest smartphone maker in the world, according to research firm IDC, while Google’s Android operating system powers 88% of smartphones across the globe, according to a report from Strategy Analytics. Amazon attempted to enter the smartphone arena in 2014 with the Fire Phone, but the device was shortly discontinued after poor reviews. (Amazon, of course, has been selling Kindle e-readers for nearly 10 years and Kindle Fire tablets since 2011.)

Experts now believe Alexa gives Amazon an edge, as the Echo came to market earlier than Google Home and other rival devices. Another advantage: Amazon isn’t partial to any particular platform the way Google may be with Android or Apple with iOS, allowing Alexa to offer the same experience with little influence based on the other devices a user may own. “They’re Switzerland,” says Patrick Moorhead, president and principal analyst at Moor Insights & Strategy. “They cross all of these different ecosystems.”

Technologies upon which virtual aides rely, like speech recognition and deep neural networks, have improved dramatically over the last several years. That has translated into big improvements in software like Alexa and Siri, according to Carnegie Mellon’s Black. But they still lack a thorough understanding of speech, which Black expects to be the next area of focus for companies like Amazon. “There’s almost no dialogue, no long term interaction,” he says. “That’s still an open question.”

At the moment, it’s also a question nearly everybody in the technology industry is racing to answer. 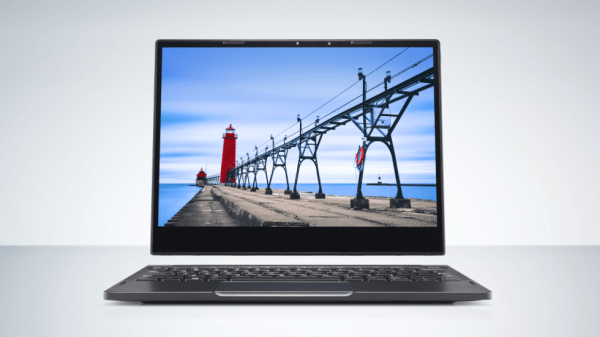