Democrats Look for an Upside In Obamacare's Repeal

New York Democrat Chuck Schumer seemed positively giddy on the first days of the 115th Congress. His party’s crowning legislative jewel, Obamacare, was on the brink of being repealed, but the new Senate minority leader still believed he held the winning hand now that Republicans were calling the shots. “They are responsible for the entire health care system,” he said of his foes across the aisle. “And it will be on their backs.”

These were fighting words from a wounded party that’s ready to get up off the mat. For years, Republicans have pummeled Democrats with sweeping and questionable claims that the partisan Affordable Care Act is responsible for the entire health system’s rising costs and frustrations. Now Democrats intend to flip the script. “If you break it, you own it,” said House Democratic leader Nancy Pelosi. The motto of the united Democratic campaign countering the repeal effort is “Make America Sick Again,” a nasty spin on Donald Trump’s winning slogan that foreshadows the battles to come.

Consider such posturing the opening gambit in what is likely to be a months-long negotiation that may eventually bring Democrats to the table. While Republicans have the ability to start dismantling Obamacare as soon as Trump becomes President, a replacement for it remains elusive, complicated by the byzantine marketplace and the rules of the Senate. “They don’t have the votes,” Pelosi said bluntly.

That means Democrats think they have a bargaining chip. Repealing Obamacare without installing a viable successor would “wreak havoc on the insurance marketplace,” says Ezekiel Emanuel, one of the law’s framers. It would leave as many as 30 million Americans without health care coverage, according to an Urban Institute study, while saddling millions more middle-class families with spiking bills. Hospitals, facing waves of newly uninsured patients, may pass on the costs to private insurance plans bought by businesses and their employees. Then there is the risk that insurers flee the individual market amid spiraling uncertainty, further raising rates for voters across the country.

Which leaves Republicans facing both a policy dilemma and a political one. Wary of throwing millions of Americans off their insurance plans, Republican leaders are pursuing a cautious approach. The likeliest option, championed by House Speaker Paul Ryan, is to repeal the law swiftly while prescribing a prolonged phase-out period, lasting up to a few years, to buy time for the party to devise a comprehensive replacement. “There’s going to have to be a transition period,” says Senator John Thune of South Dakota. But many conservatives are in no mood to delay a repeal that Trump vowed would begin on “day one” of his Administration. “There’s no excuse for breaking that promise,” warns Twila Brase, who heads the conservative Citizens’ Council for Health Freedom. “It’s got to be gone by June at the latest.”

For now, Republicans don’t have a filibuster-proof majority to repeal the law outright. Instead, they plan to dismantle many of its provisions through a budgetary process that requires only a simple majority in the Senate. Yet even as that process kicks into gear, it’s unclear what a workable GOP plan might look like. Representative Tom Price, the Georgia physician Trump picked to head the Department of Health and Human Services, has proposed one of the most detailed road maps, expanding tax credits and bolstering health-savings accounts. But his plan does not keep the most popular parts of Obamacare–including provisions ensuring that those with preexisting conditions can purchase affordable coverage and allowing young adults to stay on their parents’ insurance–which Trump has vowed to protect. The plan also scraps Obamacare’s requirement that all Americans either buy insurance or pay a fee–an idea the GOP detests but which helps keep insurers solvent.

Meanwhile, Democrats will barnstorm the country, seeking to make the debate as painful as possible for Republicans by imitating their strategies of years past. Democrats plan to organize rallies to tell stories of patients hurt by the repeal. Change is coming, but the fight over America’s health care system is far from over. 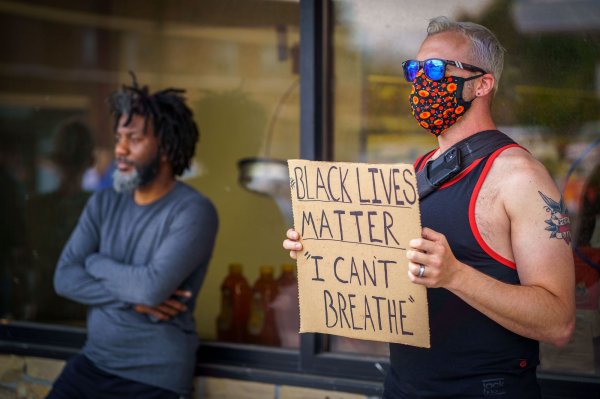