The Growing Fight Against Food Fraud

When you’re shopping at the grocery store, you probably expect that the olive oil you see came from, well, olives. And that the organic vegetables were never exposed to toxic chemicals, the cod fillet is sliced from a member of the cod species and the spices are the pure ground form of whatever flavoring they represent.

Increasingly, however, there’s a chance you might be wrong. In recent years, there has been an uptick in reports of so-called food fraud, or attempts by various entities–including storage workers, suppliers and distributors–to alter products and mislead customers and food companies alike for financial gain (though occasionally the companies are complicit). Among the more recent examples: “natural” honey that’s been laced with antibiotics, cumin adulterated with ground-peanut powder and Italian companies selling “Italian olive oil” from a blend of oils that did not originate from Italy.

By and large, the fraudsters are trying to make easy money–charging for a whole food or pricey ingredient, then cutting it with cheaper stuff on the sly. But the health consequences can be dire. That fraudulent cumin, for example, poses a huge risk for people with peanut allergies. And in China, at least six babies died after drinking a milk formula that had been laced with melamine, a chemical used to create plastic, in order to up its protein content.

How can this happen? In the U.S., the Pure Food and Drug Act has prevented the “manufacture, sale or transportation of adulterated or misbranded or poisonous or deleterious foods” since 1906, and similar laws exist in other countries.

But most global food regulators, including the U.S. Food and Drug Administration, aren’t equipped to enforce them effectively. For the most part, they focus on safety standards–ensuring that foods don’t contain bacteria or viruses–and rely on companies to police the integrity of their own ingredients, lest they face consumer backlash. (See: Chipotle’s plummeting sales after its recent E. coli outbreak.) But now that food manufacturing has become globalized, supply chains are longer, creating more opportunities for bad actors to mess around. “Anyone who can get away with substituting cheap ingredients for more expensive ones is going to try,” says Marion Nestle, who teaches nutrition, food studies and public health at New York University.

Governments are starting to fight back. In 2014, the U.K. created a food-crime unit that solicits reports of food fraud. The Institute for Global Food Security lab in Belfast anonymously tests products sent in by people worried about fraud–a process that’s easier than ever, thanks to advances in technology. (Its fish-verifying machine identifies the species in seconds by singeing samples with a laser.) And there are efforts in the U.K., the U.S. and China, among other nations, to increase the penalties for companies that get caught selling shady foods.

But in order to prevent fraud in the first place, the food industry needs to get better at safeguarding its own production network. So the Global Food Safety Initiative (GFSI)–a trade group comprising officials from more than 300 food manufacturers–will this year start auditing its members’ supply chains, from field to table, to identify vulnerabilities. Such efforts have been key for titans like Cargill, which instituted a new procedure for sealing tanks of sunflower oil after a routine inspection revealed that some workers had been diluting it with mineral oil to profit from selling the real stuff. “It’s our brands, our customers,” says Mike Robach, vice president of food safety, quality and regulatory affairs at Cargill and chairman of the GFSI board of directors. “We have a fundamental responsibility over the integrity of our supply chain and products.”

Meanwhile, dozens of other food-industry experts recently teamed up with academics from Michigan State University to launch the Food Fraud Initiative (FFI), a group that studies fraudsters–specifically, how they circumvent safeguards–and then advises food companies on how to ward them off. “There are plenty of criminals out there who are going to wake up and perceive some opportunity for fraud,” says John Spink, director of the FFI. “We just need to make ourselves a harder target.” 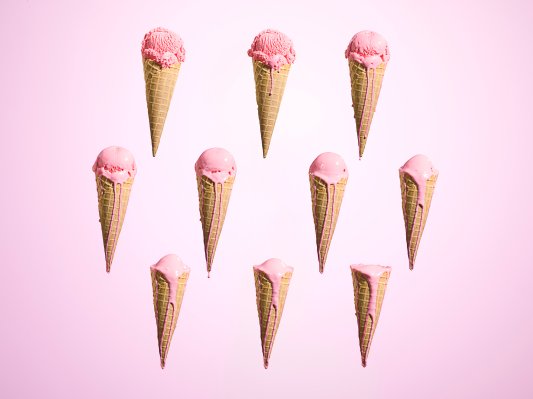 How to Break Your 7 Worst Health Habits
Next Up: Editor's Pick