The U.S. Should Form a Closer Military Alliance with Israel

FILE -- In this Sunday, Dec. 25, 2016 file photo, Israeli Prime Minister Benjamin Netanyahu attends a weekly cabinet meeting in Jerusalem. Israel is stepping up its attacks on the Obama administration, saying it has proof from Arab sources that the U.S. actively helped craft a U.N. resolution that declared Israeli settlements illegal. A spokesman for Prime Minister Benjamin Netanyahu says Israel has "ironclad information" that the White House helped draft the language of the resolution. Citing Arab sources, he says the White House "pushed hard" for its passage. (Dan Balilty/Pool photo via AP, File)
Dan Balilty—AP
Ideas
By James Stavridis
Admiral Stavridis (Ret.) was the 16th Supreme Allied Commander at NATO and is an Operating Executive at The Carlyle Group. His new book is 2034: A Novel of the Next World War. His previous nonfiction book was Sailing True North: Ten Admirals and the Voyage of Character

The U.S. spends a great deal of time focusing on the military capabilities represented by the Middle Eastern nations it rightly considers threats: Iran and Syria. And we correctly spend much political and military capital working with our Arab allies and partners, including Egypt, Saudi Arabia, Iraq, the United Arab Emirates, Qatar and Bahrain. But our best military partner in the region, by far, is Israel–a point that has been lost amid the fury and posturing over President Obama’s condemnation of settlements and Donald Trump’s announcement of both an ambassador and the decision to move our embassy from Tel Aviv to Jerusalem. The U.S. would be well served to more fully develop its partnership with the Israel Defense Forces in several crucial areas as we stand together facing the challenges of the Middle East.

We already cooperate a great deal at a military-to-military level. During my time as commander of the U.S. European Command, I had responsibility for developing our shared defensive strategies and tactics, and saw firsthand the quality of Israeli forces. Their military culture and ethos are world-class, honed in the crucible of battle in which they have fought to preserve their nation from many attacks since its creation in 1948. Knowing that they face Arab and Persian enemies many times their size, they are dedicated to defending their families and their nation through a combination of guile, technology and true grit.

While Israel’s military budget is over 5% of its GDP (a little less than twice that of the U.S.), it still amounts to less than $20 billion, augmented by an additional several billion annually in military aid from the U.S. Israel survives in a hostile environment through innovation, determination and strong human capital–including a tradition of near universal conscription that provides a willing force of some 3 million young men and women, with roughly 120,000 entering service annually. This has made them lean and mean while providing a real benefit to them. We could learn from such commitment.

Perhaps the most important area of potential cooperation is in the world of cybersecurity. Israeli intelligence gathering is superb, and the integration of the Israeli military with the nation’s robust private-sector security firms is nearly seamless. Israel is also ahead of the U.S. in bringing advancements from the private sector into public hands; the brightest people constantly flow between the military and civilian spheres.

A second zone of potentially enhanced cooperation is in technology and innovation. While we have jointly worked on a variety of defense projects over the years (like the Arrow, which is anti-ballistic-missile technology), this is an area in which we could enhance each other’s efforts considerably. In addition to missile defense, doing more together in advanced avionics (as we did with the F-15), miniaturization (like Israel’s small airborne-warning aircraft) and the production of low-cost battlefield unmanned vehicles (both air and surface) would yield strong results.

Third, we should up our game in terms of intelligence cooperation. The Israeli military and the associated Israeli intelligence services Mossad, Aman and Shin Bet are the best in the Middle East. Working together, they have been ahead of our more segregated sectors on a wide range of trends, including the disintegration of Syria, the events in Egypt and the military and nuclear capability of Iran. Here we need a more open exchange of information between our two countries (especially human intelligence from Israel and overhead sensor data from the U.S.). More liaison officers between military and intelligence commands would help, as would more frequent conferences and dialogue on principles.

Finally, within the opaque world of special forces, we have a great deal we could share with each other. Having the U.S. Special Operations Command constantly operating with Israeli commandos would be of enormous benefit to both forces. Both are expert in battlefield intelligence collection, use of unmanned vehicles, sniper technology and a host of other specialized skills. Setting up a joint special-forces training and innovation center for special operations in Israel would be powerful.

The motto of the crack Israeli paratrooper brigade is simple: “Acharai,” which translates to “Follow me.” The saying stems from the custom of Israeli commanders’ directly leading their troops into battle, even at the most senior levels. For the U.S. in the complex Middle East, we would be well served to follow the Israeli military’s advice on a range of key issues. And likewise, they would benefit greatly from further intelligence, technology and partnership with the U.S. It truly is a case of two nations that are unarguably stronger together–let’s build on what we have to get to the next level.

Stavridis is dean of the Fletcher School of Law and Diplomacy at Tufts University and a former Supreme Allied Commander at NATO. He is a regular contributor to TIME. 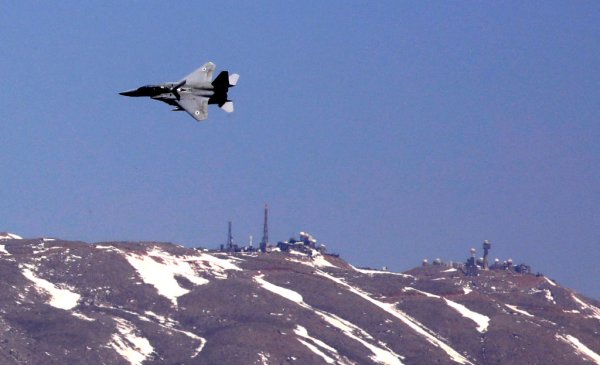