Amazon’s Alexa and Google’s virtual assistant have already made their way into our living rooms, but Chinese tech giant Baidu is betting that verbal answers may not always be enough. The company is launching a new home-centric computer that includes a screen for displaying helpful information in response to voice commands.

Baidu is teaming up with Chinese consumer tech company Ainemo to launch the device, called Little Fish, which is being positioned as a voice-centric home robot. Ainemo created the hardware, while Baidu created the operating system that powers it. The computer, about the size of a lamp, is designed to handle many of the same tasks one might expect from such a device: managing calendars, answering questions, getting news updates, and ordering food, among other tasks. It does so by dictating responses in addition to pulling up relevant information on its tablet-like display.

A camera also sits above the screen that enables owners to use the Little Fish’s screen for video chatting, and it can track a user’s face as he or she moves. Little Fish will be launching in China, but Andrew Ng, Baidu’s chief scientist, says the company is “open to the possibility” of working with partners in the U.S. As such, the robot is compatible with Baidu’s local services platform in China, enabling users to do things like buy movie tickets, order food, or request cleaning services among other tasks.

Ng says having that screen is crucial for digesting complex information, giving it a potential advantage over screenless voice-enabled speakers. He cited ordering takeout as an example: a smart speaker may read the top five restaurants out loud, sometimes requiring the user to ask it to repeat an option. “It’s actually much more efficient to just show you on a touchscreen,” he said.

Little Fish’s debut also comes as Amazon is rumored to be developing a version of its Echo smart speaker with a screen, likely aimed at use in the kitchen. Dozens of companies, from startups like the Indiegogo-funded Jibo to corporations like Softbank are hoping to perfect the robotic butler. But few of these have actually landed in homes in the U.S. yet (Jibo’s robot has faced multiple launch delays, Softbank’s Pepper is being piloted in U.S. shopping malls).

Physically, Baidu and Ainemo’s bot differs from some of these rivals. Its form factor doesn’t simulate that of a human the way Softbank’s Pepper or Asus’ Zenbo robots do. Rather, it looks like it’s meant to sit discreetly on a nightstand or corner shelf, more similar to smart speakers such as Amazon’s Echo and Google’s Home. That doesn’t mean Little Fish is devoid of personality, though. “If you want to chat, you do have that capability,” he said. “But a lot of the functionality is designed around providing useful information.”

Ng, who co-created Google’s AI system known as the Google Brain prior to his role at Baidu, believes voice-enabled gadgets like Little Fish, Amazon Echo, and Google Home are only going to become more prevalent.

“There are a lot of physical things you can make happen in the world around you just by talking to the conversational computer,” he said. 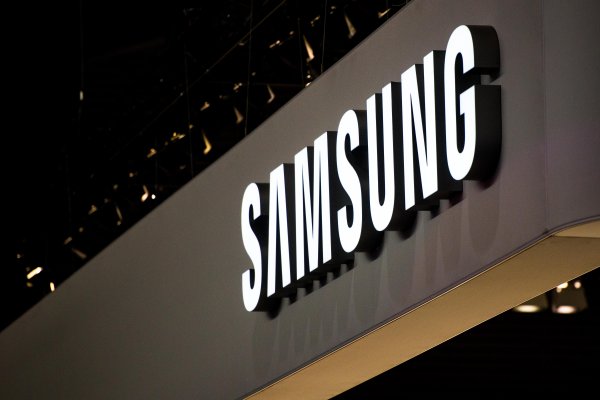 Samsung's New Chromebooks Can Almost Transform Into Android Tablets
Next Up: Editor's Pick