Why Men Have More Body Image Issues Than Ever

Superheroes today are a lot more shredded than they used to be. The original Superman and Batman look almost willowy compared to our muscle-bursting modern-day versions.

That’s no coincidence. America is in the midst of a cultural shift in terms of the ideal male body image, and as the ideal man grows more muscular, men stuck in the real world with real bodies are growing less satisfied with theirs—with potentially dangerous medical consequences.

“If you think about the changes over the last 30 to 45 years in how men are depicted in Hollywood, cartoons, magazines and action toys, you’ll see that men’s bodies [today] appear much more muscular,” says Dr. Harrison Pope, director of the Biological Psychiatry Laboratory at McLean Hospital in Massachusetts. These unrealistic media images have contributed to low body image satisfaction among men—usually just considered a problem for women. A study last year found that American men are just as likely as women to feel unsatisfied with their physiques, while another study found adolescent boys who are dissatisfied with their body shape may be more likely than girls to self-criticize and feel distress. Studies have even shown that men feel worse about their bodies after playing video games with ripped characters.

“There’s this drumbeat that muscularity equals masculinity, and so we’re seeing more and more young men with muscle dysmorphia,” says Pope. The consequences of this kind of thinking can be dangerous. As more and more men hit the gym in the hopes of transforming themselves into the Rock, many are also turning to anabolic steroids to achieve the muscle mass they associate with masculinity. Up to 4 million Americans—nearly all of them male—have tried steroids at some point, according to Pope’s recent research.

“There’s a widespread misperception that anabolic steroid use is an issue of cheating in sports, but the vast majority of anabolic steroid users in this country are not athletes,” says Shalender Bhasin, a men’s health researcher at Brigham and Women’s Hospital and Pope’s co-author on a new article in the Journal of the American Medical Association. “Most young men using these drugs are doing it to improve their appearance.”

The potential side effects of anabolic steroids include premature death and neurobehavioral disturbances, like problems with thinking and attention. But Pope says the links to heart problems are the most worrying. “There’s a growing body of literature that suggests long-term steroid use can cause cardio myopathy, where the heart doesn’t pump or fill with blood efficiently.” That could lead to heart attack or stroke, he says.

It’s not yet clear just how significant these heart risks are, because steroid use is a relatively new phenomenon. Pope says few men used them before the 1980s, and those early adopters are just now hitting their 50s and 60s—ages when heart problems take their toll.

Another big risk of steroid use is hormone dysfunction. “If you’re taking steroids, your body sees all this testosterone coming in from the outside, and so it stops producing it,” Pope explains. Bhasin says that can lead to psychiatric problems, from “roid rage” to suicidal thoughts.

Few doctors or psychologists realize how common steroid use and abuse has become, say Pope and Bhasin, and almost none are trained to treat steroid addiction or dependence. Men taking steroids who want to quit therefore have few professional resources, which may lead many to go back on steroids or try other substances—like cocaine or opioids—in order to feel better, Bhasin says.

“Until we see greater awareness of this problem and more attention paid to treating it,” Pope says, “most of these men are on their own.” 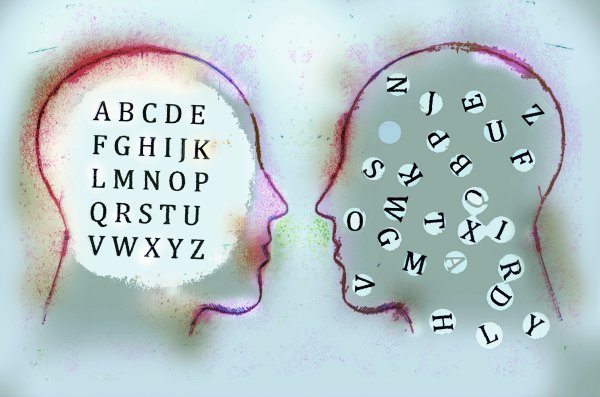 Why Dyslexia Is More Than a Reading Disorder
Next Up: Editor's Pick