Here’s Why the Cancer Death Rate Has Plummeted

Death rates from cancer, the second-biggest killer in the United States, have dropped 25% since 1991, according to a new report from the American Cancer Society. That statistic translates into a lot of lives saved; had the cancer death rate remained steady from its peak in 1991, about two million more people would have died from cancer in the years until 2014, the report finds.

The drop is fueled by decreasing death rates from the four largest types of cancer: lung, breast, prostate and colorectal. “It’s pretty exciting for us that the cancer death rate continues to decline,” says Rebecca Siegel, strategic director of surveillance information services at the American Cancer Society and lead author of the annual report, which was published in CA: A Cancer Journal for Clinicians. “We’re making a lot of progress.”

The authors credit the drop to reductions in smoking—shown last year to be responsible for about 30% of all cancer deaths—as well as advances in treatment and earlier detection.

The report also finds that cancer incidence is 20% higher in men than in women, and the cancer death rate is 40% higher in men. “There’s a different mix of cancers in men and women, and a lot of it has to do with differences in exposure to cancer risk factors,” Siegel says. Though the gender difference isn’t fully understood, men are more likely than women to smoke and drink excessively, both risk factors for several kinds of cancers. Hormone and even height differences may also make men more susceptible, though it’s not yet clear how.

Racial disparities also affect who dies from cancer, but those differences are shrinking, the report shows. In 1990, black men were almost 50% more likely to die from cancer than white men, but in 2014, that difference dropped to 21%. The gap is also narrowing in women. These drops are largely due to declines in smoking by black youth in the 1970s and early 1980s, Siegel says.

Minorities also have better access to healthcare and insurance, and the proportion of uninsured Blacks and Hispanics halved from 2010 to 2015. Those changes are too recent to make much of a dent in the present data, Siegel says, but they do suggest a way to drive cancer death disparities down even more. “The potential for an acceleration in closing that gap is there with this increased access to healthcare,” Siegel says. “Hopefully it will be sustained.”

While good news overall, the report doesn’t guarantee a continuous downward trend of death rates from cancer. Recent evidence shows that death rates from other leading causes of death—like heart disease, closely related to obesity—are on the rise. Obesity, a risk factor for cancer, probably has yet to show its full effect on the death rates of cancer, Siegel says. “We don’t know when we’re going to see the effects of the tripling of the obesity rate in the past several decades,” she says, adding that excess body weight, unhealthy diet and a lack of physical activity account for about 20% of cancer diagnoses in the U.S. Some statistics hint that obesity may already be taking a toll. Rates of colorectal cancer, which is linked to obesity, are declining overall, Siegel says, but they’re rising in people younger than 50. 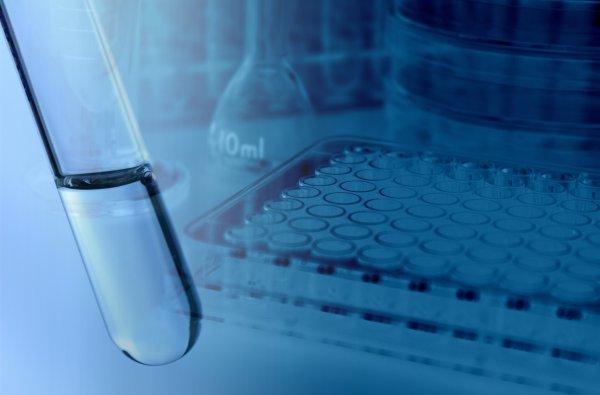 Experimental Brain Cancer Treatment Is a Success
Next Up: Editor's Pick