Jimmy Fallon will take the stage as the host of the 2017 Golden Globes Sunday night, marking his second major awards show gig. However, the task may prove more difficult than expected for the late night pundit, as he’ll likely be expected to keep a straight face for at least part of the three-hour broadcast.

Having made a name for himself as a perennial on-air giggler during his nearly 20 years in television, Fallon has been both criticized and lauded for his seemingly uncontrollable laughter. In fact, his fits of guffaws and inability to stay in character have even inspired parodies and YouTube montages.

Beginning with his six-year stint on Saturday Night Live and continuing with his time on Late Night and The Tonight Show, let’s take a look back at a few of the times Fallon just couldn’t contain his chuckling.

A meessage for Buffalo with Justin Timberlake:

The Elephant Man with Bradley Cooper:

The Meddler with Susan Sarandon:

Explain This Photo with Amy Schumer:

Box of Lies with Emily Blunt: 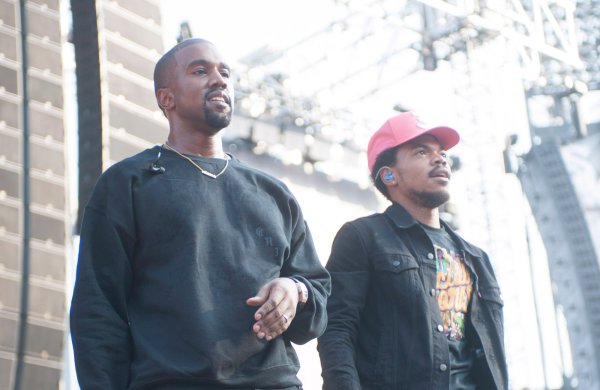 The Internet Is Losing It Over Chance the Rapper's Kanye West Album Ranking
Next Up: Editor's Pick