Everything You Need to Know About the 2017 Golden Globes

Even if nobody really knows who the Hollywood Foreign Press Association is or why we should care who they anoint with their golden touch every January, there’s no debating they know how to throw a party. Oscar’s looser, boozier cousin kicks off awards season with as much focus on luscious dinners as gushing winners. The big story of the night is as likely to be who casts the most side-eye as who takes home a statue. Here’s a primer for the 74th Golden Globes, which air at 8 p.m. ET on NBC Sunday night.

Jimmy Fallon is hosting, and it wouldn’t be altogether surprising if the show plays like a star-studded, extended Tonight Show episode. The pendulum has swung about as far as it could from Ricky Gervais’ mean-spirited jabs to Jimmy Fallon’s human puppy dog in constant search of a loving noogie (that is, when he’s not the one doing the noogying). But Fallon will be performing for a room packed with A-listers, and it’s a safe bet he’ll continue in his usual mode of playfulness over politics. He’s hinted at an opening number spoofing a nominated film, with cameos galore. In his words, the night will be “fun, and friendly, and joyous, and cool.” Sounds fun. And cool!

Last year was so sad that the Globes are finally considering adding an “In Memoriam” segment. The Globes doesn’t usually include a weepy tribute to fallen stars because, as executive producer Barry Adelman recently told Variety, “We’ve always kept the show as a celebration and as a party.” But the wrath of 2016—and particularly the double-gut-punch finale of Carrie Fisher and her mother Debbie Reynolds’ consecutive deaths—has producers in last-minute discussions about how to acknowledge, at the very least, the most recent losses.

Expect a showdown between Moonlight and La La Land on the movie side. La La Land leads with seven nominations going into the evening, followed closely by Moonlight, which has six. The beauty of this show, which separates dramas from musicals and comedies, is that both could walk away with a Best Picture win. Manchester by the Sea enters strong with five nominations, with Casey Affleck and writer-director Kenneth Lonergan favorites to pick up Best Actor in a Drama and Best Screenplay. But the HFPA loves a good surprise (Stallone over Michael Shannon and Mark Rylance, anyone?) and has been known to overlook critical favorites (Spotlight won zero Globes before going on to win Best Picture at the Oscars), so maybe make your bets with pennies.

And did we mention superheroes? As a reminder of how hip and cool the HFPA is, Deadpool and its star, Ryan Reynolds, are nominated in the comedy/musical category. It’s the first live-action superhero movie to be nominated for Best Picture, so even though the movie has virtually no chance of beating out La La Land, just getting in the room is a feat for the foul-mouthed superhero.

On the TV end, bet on a big night for The People Vs. O.J. Simpson. FX’s ambitious miniseries about Simpson’s 1995 murder trial landed five nominations, more than any other show this year. As they were last year, this year’s TV nominations recognize the new over the old: of the seven series that received at least three nominations, all but one (Black-ish—which wasn’t nominated until now, in its third season) debuted in 2016. Expect acting awards to recognize both newly minted stars, like Issa Rae, and seasoned performers (slash comeback queens) like Winona Ryder.

The title of Miss Golden Globe will be jointly held by a trio of sisters with stardom coursing through their veins. The alliteratively named Sophia, Sistine and Scarlet Stallone, progeny of Rocky, will serve jointly as Miss Golden Globe(s) this year. The job (which consists of helping to hand out awards and escorting winners offstage) was originally bestowed upon up-and-coming film and television actresses, but since the 1970s has gone to celebrity offspring from Melanie Griffith to Corinne Foxx (daughter of Jamie) to the occasional mister (a la Freddie Prinze, Jr.). The Stallone daughters are, respectively, a student at the University of Southern California, a model and a high school track star.

Miscellany: Attendees will eat Chilean sea bass, filet mignon and mushroom risotto. After-parties will, fingers crossed, not be hindered by the same logistical nightmare, involving lone lines for shuttle buses (it even had its own hashtag, #shuttlegate), that kept revelers from their Dom Perignon this time last year. The actor with the most nominations ever, Meryl Streep, will be in attendance for her 30th Globe nod. As the saying goes, the more things change, the more Meryl Streep is always there. 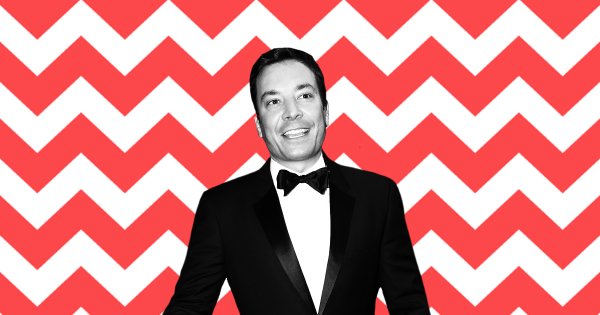 Why Jimmy Fallon’s Stunts Won’t Work at the Golden Globes
Next Up: Editor's Pick