This Is When You Can Play Mass Effect: Andromeda

March 21, the day after the spring equinox. That’s when PC, PlayStation 4 and Xbox One players can lay hands on the fourth installment in studio BioWare’s star-hopping Mass Effect series. The revelation is timed to coincide with demos set to beam from the annual Consumer Electronics Show (CES) in Las Vegas, which officially kicks off Thursday, January 5, and runs through January 8.

Mass Effect: Andromeda takes place six centuries after Mass Effect 3 in the eponymous Andromeda galaxy, some 2.5 million light years from Earth. The game starts chronologically around the time of Mass Effect 2, but puts players into cryo-sleep, dispatching them on a 600-year odyssey to Andromeda in hopes of finding new planets for humans to colonize. It’s basically BioWare’s way of sidestepping the brouhaha over Mass Effect 3‘s ending, while punching the reset button on the backdrop and dramatis personae. Whatever happens in the Milky Way galaxy stays in the Milky Way galaxy, in other words.

I had a conflicted relationship with the original Mass Effect games that had nothing to do with the third one’s ending. Also the first two Dragon Age games. But with Dragon Age: Inquisition, Bioware finally gave me whatever it was I didn’t know I’d been looking for in a BioWare game (since Jade Empire). So I’m excited to see what the studio’s been up to in its deep space sandbox. When the original Mass Effect arrived in 2007, the last “hard sci-fi” roleplaying game (as opposed to the cyberpunk of System Shock or science fantasy of the Halo games) I’d played was SSI’s Buck Rogers: Countdown to Doomsday. That was in 1990, on a Commodore 64.

Not that Mass Effect is as rigorously (much less subversively) “hard sci-fi” as futurist trajectories involving the singularity. The idea that we’ll still look or behave anything like we do today a few centuries from now seems increasingly silly. But no one wants to plant flags off terra firma for clouds of foglets. So for now, I guess our Gene Roddenberry future will have to do.

If you want to watch BioWare demo Mass Effect: Andromeda‘s new environments and gameplay, tune into Nvidia’s CES keynote (via the Nvidia blog) at 9:30 p.m. ET. And if you want to read what’s essentially an extended thank you note from BioWare general manager Aaryn Flynn, that’s here. 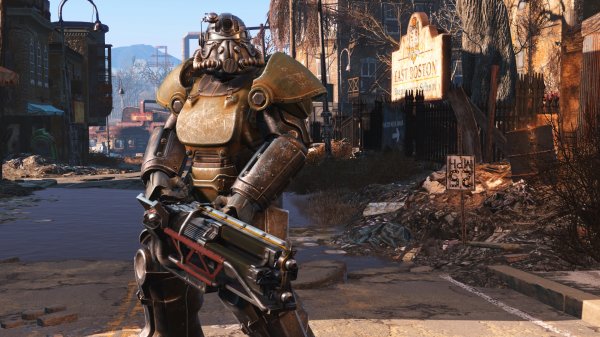 CNN Used a Video Game to Show How Russians Hack Stuff
Next Up: Editor's Pick