The Brazilian soccer team that saw most of its senior players perish in a plane crash in November is rebuilding its team almost entirely, in time for the country’s new soccer season.

Chapecoense will recruit up to 20 new players and begin preseason training this week, according to Reuters. The club said it will reserve jersey numbers for two members who survived the crash, in the hope that they can rejoin the squad to play at some point.

The team, hailing from the southern Brazilian city of Chapecó, was heading to Colombia for what would have been the first leg of the Copa Sudamericana tournament’s finals on the evening of Nov. 28, when the chartered plane it flew on crashed near the city of Medellín. Of those on board, 71 people died and six survived. Prior to that point, the team’s meteoric rise through the ranks of Brazilian and South American professional soccer circles had been hailed as a “Cinderella story.”

Among the Chapecoense players on the ill-fated flight, only three survived — with one of them having to undergo partial leg amputation. The club’s director of football told Reuters that the reservation of the survivors’ jersey numbers is “more than a tribute,” as he expects the two players still capable of playing to return to the pitch. The club also recruited a new coach for the season, reports the Associated Press, as its entire coaching staff also died in the crash.

After the tragedy, Chapecoense was awarded the Copa Sudamericana, and will have a place in the upcoming Copa Libertadores tournament, Reuters reports. But the team has rejected a proposed three-year immunity deal that would’ve allowed it to stay in the country’s top soccer league regardless of its actual performance. 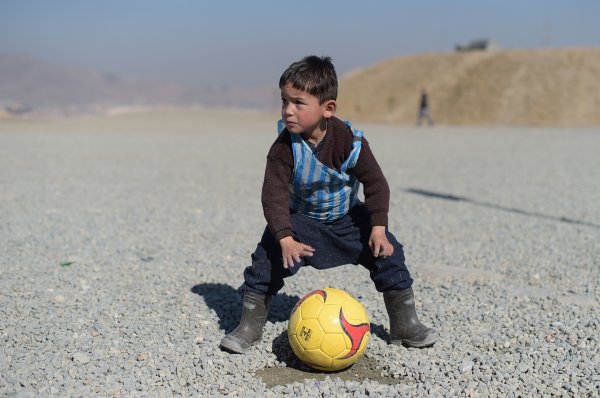 Afghan Boy Finally Gets to Meet His Hero Lionel Messi
Next Up: Editor's Pick