President Obama will give his farewell address Tuesday in Chicago, and while he has been the leader of the free world, he’s also a dad to Sasha and Malia. That means he’s just as practiced in diplomacy as he is at cracking jokes that might make you grimace. In honor of his presidency, here’s a look back at 10 times that President Obama confirmed he was not only the Commander-in-Chief but also the Dad-in-Chief.

Remember the time that President Obama imitated his daughters texting on their cell phones during a speech? Extra dad points for miming taking a selfie.

But make no mistake, Obama is not a regular dad — he’s a cool dad, which means that he knows how to use Snapchat.

Being a cool dad, however, doesn’t make Obama exempt from the inevitable “dad jokes,” which he really got carried away with at a memorable Thanksgiving turkey pardoning.

In fact the jokes got so out of hand that one time, he even had to reassure a baby that he wouldn’t tell any more of them.

And like any true dad, he does not shy away from a nice beige suit for summer days, which made such an impression on the nation that the press briefing he gave has henceforth been known as “Suitgate.”

Obama also enjoys shopping at the Gap, which is peak dad retail.

Remember that time he danced to “Hotline Bling” with Usher at the White House?

Obama’s all about showing off his dance skills.

He also loves to sing, and doesn’t shy away from embarrassing this daughters to wish them a very happy birthday.

Most importantly, Obama’s not afraid to shed a tear or two when talking about his daughters. 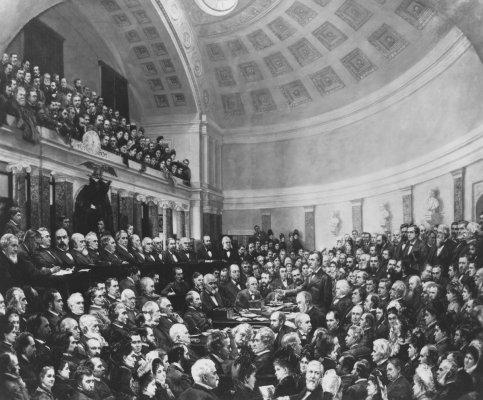 This Is Why Congress Is Only Just Now Counting the Electoral Votes for 2016
Next Up: Editor's Pick