Under Armour Wants You to Buy Tom Brady's Pajamas

New England Patriots quarterback Tom Brady is a notorious sleep fanatic. He has said he aims to get to bed by 9 p.m, even 8:30 p.m during the season. All that shut-eye seems to help. In 2016, despite missing the first four games of the regular season because of the Deflategate scandal, Brady, 39, went on another offensive rampage: he threw 28 touchdown passes in 12 games, with just two interceptions. The Pats finished 11-1 in Brady’s starts, and 14-2 for the season; once again New England enters the NFL playoffs, which kick off this Saturday, as the top seed in the AFC. At an age when most quarterbacks are in decline or hacking away on the golf course, Brady is as sharp as ever.

Does sleep have something to do with it? Under Armour, one of Brady’s sponsors, is betting on it. On Thursday, the apparel giant is unveiling “UA Athlete Recovery Sleepwear Powered by TB12″ at the Consumer Electronics Show, which is essentially a commercial version of Brady’s tricked-out pajamas that cost between $80-100. The inside of this fitted garment––which comes in long or short sleeves and pants or shorts––is equipped with a soft bio-ceramic print, which can produce something called far infrared energy when combined with the body’s natural heat. The company touts far infared energy as a sleep aid and is promising its Brady gear will reduce inflammation, regulate cell metabolism, and improve circulation, helping the body recover faster and fostering better sleep. (The packaging includes Brady’s six keys to better sleep, such as “keep your room clean. Contaminants like animal dander and dust restrict your breathing.”)

Under Armour is certain the product works. “We’ve tested it,” says Kevin Haley, UA’s president of innovation. “We’ve had actual third party testing. And it’s clear. Believe me, we have some of the biggest skeptics in the world running around here. This isn’t some outlandish thought, this is something people have been working on for a long, long time. We’ve had our best PhD scientists here breaking down all the science. It definitely works. When you say “how confident are we?’ I’m confident saying we’re very confident.”

The technology behind UA’s sleep gear has been shown to work in other contexts. Some saunas, for example, emit far infrared energy and one 2009 study showed that rheumatoid arthritis patients reported decreases in pain and stiffness during infrared sauna treatment. Michael Hamblin, principal investigator at the Wellman Center for Photomedicine at Massachusetts General Hospital, and an associate professor at Harvard Medical School, says that it’s reasonable to expect a garment emitting far infrared energy to help sleep. While no literature directly links far infrared exposure to sleep performance, anecdotal evidence, says Hamblin, supports Under Armour’s contention. The science has shown that far infrared energy does indeed improve long-term pain, help blood flow, and improve muscle recovery. “People who use far infrared can expect various benefits,” says Hamblin. “And better sleep is almost certainly one of them.”

If Under Armour’s sleepwear takes off, Brady can claim another victory to complement his four Super Bowls. Haley says Brady’s not just licensing his name to Under Armour’s new product. “He was intimately involved,” says Haley. “Let’s make sure it’s comfortable enough, so we can sleep well in it. It’s not too heavy, it’s not too light. Let’s make sure we get the right load of bioceramics on it, etcetera, etcetera. He’s not going to back anything that he doesn’t fully believe in and use.”

Brady signed on with Under Armour in 2010; the company’s executives asked him to report back to them if he came across any sports science innovations. Two years ago, Brady invited Haley and a handful of other company execs to his training center in Foxboro. He showed them how he applied a bioceramic sleeve to an injured calf muscle, and stayed on the field. “Our general reaction was look, you’re healing all the time, after every workout, after every game,” says Haley. “We can give you that same benefit over your entire body, if we were just to take it out of an all-gel sleeve and put it into an entire body garment. That’s where we got to sleep. Because that’s where so much of the recovery takes place.”

The Brady sleep suit is part of UA’s attempt to create a complete set of tools for better sleep, including a health and fitness wrist band and a data tracking app called UA Record. Now, UA Record will give you a 14-day sleep score, to let you know if you’re really resting. Further, to confirm that you’ve gotten the proper sleep for your next workout, you purchase one of three new models of the Speedform smart shoe, all embedded with a chip and retailing between $140 and $160. Do a “jump test” — essentially, leap up and down in place six times — and the chip will measure your hang time, the speed at which your feet leave the ground, and other physical feats to ascertain neuromuscular proficiency. That info is synched to the MapMyRun app, which Under Armour purchased in 2013. Based on this data, the app will essentially tell you to train hard, or take it easier on your body.

In essence, Under Armour bets improved sleep is worth around $400 per consumer. Pro teams have been investing much more into sleep science: for example, some 40 players on the Seattle Seahawks wear monitors, and at least a half dozen NFL teams have reportedly made sleep more of a priority for player health. In the NBA, Golden State Warriors star Stephen Curry has visited a Bay Area flotation bath in an attempt to improve his rest, and teammate Andre Iguodala reported a 29% increase in points per minute in games following a night of more than eight hours sleep. Baseball’s Chicago Cubs are among the pro sports teams to work with Fatigue Science, a company that makes the wearable Readiband sleep monitoring device.

Perhaps it was inevitable that the nation’s sports fans would follow-suit. Under Armour, for one, is counting on it. 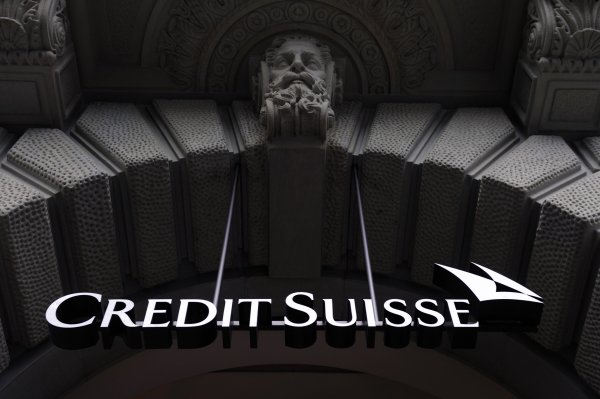 Credit Suisse to Pay Out $5 Billion Over Toxic Mortgages
Next Up: Editor's Pick