These Are the Most Productive Countries in the World

With a new law barring work e-mail after hours, the French have honored a truth long recognized by economists: working longer hours doesn’t necessarily result in increased productivity. Mexico—the least productive of the 38 countries listed in 2015 data from the Organization for Economic Cooperation and Development (OECD)—has the world’s longest average work week at 41.2 hours (including full-time and part-time workers). At the other end of the spectrum, Luxembourg, the most productive country, has an average workweek of just 29 hours.

The United States ranks fifth, according to the OECD, contributing $68.30 to the country’s GDP per hour worked, countering claims that Americans are the most productive workers in the world. America put in more hours—33.6 per week on average—than all four of the European countries with higher productivity rankings.

Productivity is calculated by dividing each country’s GDP by the average number of hours worked annually by all employed citizens. Hours worked include full-time and part-time workers, excluding holidays and vacation time. 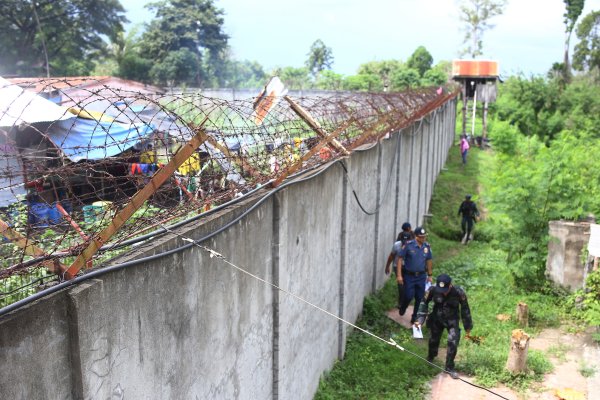 158 Inmates Escape After Gunmen Storm A Philippine Jail
Next Up: Editor's Pick