A 2-year-old Utah boy is being hailed a hero after video captured him saving his twin brother who was trapped under a fallen dresser.

Footage of the harrowing rescue shows Brock and Bowdy Shoff climbing inside two open drawers when the entire 115-lb. dresser comes tumbling down on both of them. It lands on top of Brock’s head and pins him to the floor. Bowdy can be seen struggling to save his brother and is ultimately able to push the heavy furniture off of him.

Both toddlers were left unscathed, their mother Kayli Shoff told TIME on Tuesday. “I think it’s a complete miracle, honestly. It comes down on his head really hard,” she said. “Not even a little scratch or a bruise. We were lucky.”

The resilient and rambunctious boys, who are best friends, were playing by themselves inside their bedroom about 8 a.m. on Dec. 29 when the Ikea furniture came crashing down. Their parents, who didn’t hear any loud noises, said they only realized something had gone wrong when they checked the room’s surveillance camera and saw the fallen dresser.

The video moved Kayli Shoff to tears. “It’s really heard to watch,” she said. “I just kind of felt ashamed and embarrassed as a parent. I could have prevented this.” The children’s dresser was not anchored to the wall, which safety experts recommend to prevent injuries or deaths in toddlers. Shoff said she didn’t know of the dangers associated with unsecured dressers.

Bowdy is too young to speak or fully understand that he saved his brother, his mother said. But he knew he had to somehow take action. Video shows the little boy trying to lift the dresser and climbing over it to access how he can move it on his own before he pushes it.

“I think deep down inside he knew he had to do something because his brother was in pain and was suffering,” Kayli Shoff said.

The boys’ parents said they hesitated at first to publish the video on YouTube but decided they had to urge more parents to anchor all furniture to prevent any injuries. They published two versions of the video, one shorter and one longer, which have been viewed more than 1 million times combined.

In 2016, Ikea recalled 29 million dressers and chests after at least four children reportedly died from falling MALM-model furniture in the past two years. Shoff said she doesn’t believe her Ikea dresser model was among those recalled. “It is clear that there are still unsecured products in customers’ homes, and we believe that taking further action is the right thing to do,” Ikea said in a statement at the time of the recall. 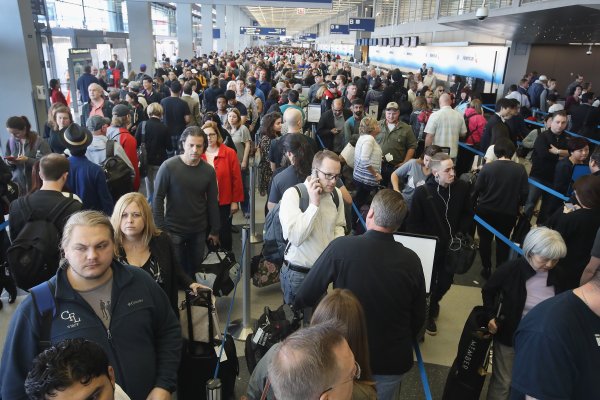