5 Dead After Huge Quake Hits off Coast of Chile

By David Stout and David Winograd

At least five people died and three were injured after a massive earthquake struck off of Chile late Tuesday, officials said, sending waves crashing into coastal towns in the country, prompting evacuations across Latin America’s Pacific coast and tsunami warnings as far away as Hawaii.

During a news conference late on Tuesday, Chilean President Michelle Bachelet declared the Arica, Parinacota and Tarapacá regions as disaster zones, but reported that the evacuation of communities along the country’s Pacific coast was proceeding in an orderly fashion.

Officials rescinded their initial blanket warnings late on Tuesday after fears of a potential tsunami had sparked alerts throughout countries across the Pacific coastline and put officials thousands of miles away in Hawaii on standby. The Pacific Tsunami Warning Center had initially extended tsunami warnings to five countries following the quake, but as of late Tuesday night, only Chile and Peru remained on the list.

Warnings of a tsunami began circulating after the 8.2-magnitude earthquake struck 61 miles off the port city of Iquique in Chile’s northern mining region. The U.S. Geological Survey recorded the earthquake at 8:46 p.m. local time some 12 miles below the seabed. Waves as high as 7 ft. reportedly hit Iquique in the quake’s wake.

Chile’s Interior Minister Rodrigo Peñailillo said a tsunami warning would remain in place in the country for the next six hours. Peñailillo said 300 inmates had escaped from a women’s prison in Iquique after the facility was damaged. Security officials were later deployed to the city and at least 26 of the inmates had been recaptured.

As areas in coastal Chile were evacuated and residents relocated to higher ground, there were early reports that landslides were blocking roads and making it harder for residents to evacuate. However, there were no reports of major damage or serious injuries caused by the quake.

Chile was devastated by an 8.8-magnitude earthquake and resulting tsunami in 2010. 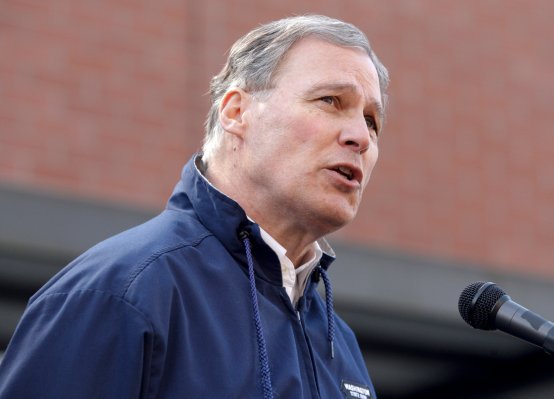