President Obama Will Give His Farewell Speech From Chicago

President Obama will give his farewell address from Chicago on Jan. 10, in what will likely be his last public appeal in office to preserve the signature achievements of his presidency like the Affordable Care Act.

Many of those achievements, such as gains in the fight against climate change and the Affordable Care Act, are under attack from congressional Republicans and President-elect Donald Trump.

In an email to supporters, Obama wrote that the address would be “a chance to say thank you for this amazing journey, to celebrate the ways you’ve changed this country for the better these past eight years, and to offer some thoughts on where we all go from here.”

Obama said he was following the precedent set by George Washington, who established a peaceful transfer of power as a hallmark of the American government and also wrote the first presidential farewell address 220 years ago. Many Presidents have given farewell addresses, including George W. Bush in 2009.

“Since 2009, we’ve faced our fair share of challenges, and come through them stronger,” Obama wrote Monday in the email to supporters. “That’s because we have never let go of a belief that has guided us ever since our founding — our conviction that, together, we can change this country for the better.” 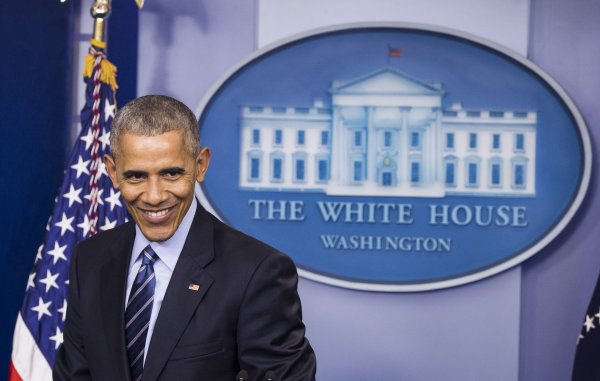