Indonesian Police Have Detained the Captain of a Ferry That Caught Fire, Killing 23

Rescuers search for victims from the wreckage of a ferry that caught fire off the coast of Jakarta on Jan. 1, 2017.
Rhana Ananda—AP
By Feliz Solomon

Police in Indonesia have detained the captain of a ferry that caught fire Sunday, leaving 23 dead and 17 others missing, claiming that he abandoned ship as passengers struggled to escape.

According to CNN, the captain is being investigated amid allegations that he was the first to jump ship, and that five other people — three crew members and two port authority staff — have also been detained in relation to the tragedy.

“A captain who abandons ship first is no captain at all,” CNN quoted Antonius Tonny Budiono, Indonesia’s director general for sea transport, as saying at a press conference. “A captain’s obligation is to be the last person off the ship, after all the passengers have been evacuated.”

Local news site Tempo reports that the skipper could face serious penalties for his alleged negligence, such as losing his license and a ban from sailing. Budiono also vowed to sack the port’s harbormaster because of the accident, citing a discrepancy over how many passengers were on board, Indonesia’s government-run news agency reported.

“The number of passengers was written 100, but some said there were 184 people on the boat, some said 250. It was clearly different from what was written on the manifest,” Budiono told the Antara news agency.

The Zahro Express, a tourist ferry reportedly carrying mostly Indonesian travelers to Tidung Island in North Jakarta, caught fire around 9 a.m. local time Sunday near the port of Muara Angke. At least 23 people died in the blaze, while divers are preparing to search for 17 people who are still missing. The cause of the fire is still unknown.

Indonesia, a sprawling archipelago in Southeast Asia, has a record of poor maritime safety and is relatively prone to boat accidents. 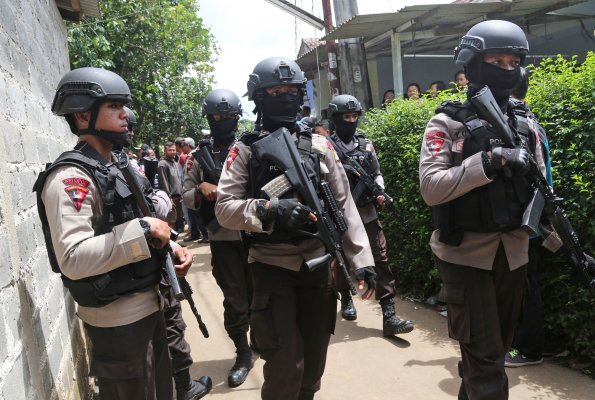