President Obama will hold a meeting with Democrats on Capitol Hill on Wednesday to discuss how to protect the Affordable Care Act next year against Republican efforts to dismantle his signature domestic achievement.

The meeting will include both House and Senate Democrats, a senior Democratic aide confirmed. The meeting was first reported by Politico.

Republicans are planning a rapid repeal of the Affordable Care Act early next year, a move that would finally fulfill a GOP campaign promise but also throw the country’s health insurance markets into uncertainty. Republican leaders have said they may delay the repeal’s effective date for as long as three years to allow time to implement a replacement.

Democrats are divided on how best to salvage Obamacare. Some have expressed a willingness to work with Republicans on a replacement to the law, but almost all are united against attempts to repeal it. Incoming Senate Minority Leader Chuck Schumer has promised to try and block Republicans’ repeal efforts next year, as well as a conservative replacement.

“They have nothing to put in its place,” Schumer said earlier this month. “To our Republican friends across the aisle, bring it on.”

More than 20 million people have insurance as a result of the legislation, including people under the age of 26 who are allowed to stay on their parents’ plans and people with preexisting conditions. Obama has credited the law for slowing the growth in the rise of health care costs. The law’s critics have taken aim at rising premiums in certain states.

President-Elect Donald Trump has promised to keep in place some of the more popular aspects of the law, including prohibiting insurance from denying coverage to people with preexisting conditions. Health policy experts widely consider such cherry-picking to be unworkable, since the popular elements of the law are paid for by more unpopular elements like the mandate that people have insurance or pay a fine. 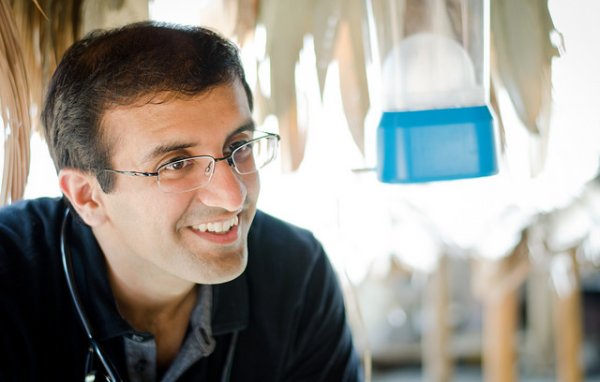 The 2017 TED Prize Winner Is Raj Panjabi
Next Up: Editor's Pick