Debbie Reynolds, who passed away on Dec. 28, just one day after the death of her daughter Carrie Fisher, was just 19 years old when she accepted the role of Kathy Selden in the musical Singin’ in the Rain. The job required Reynolds to sing, dance, and keep up with both Donald O’Connor and the legendary Gene Kelly. It was the part of a lifetime that could shoot her in to super-stardom. There was just one small hurdle—she had almost no experience singing or dancing.

That small detail didn’t stop Reynolds from signing on to the film. “To dance with Gene Kelly and Donald O’Connor in three months—well, anyone else should’ve passed out,” Reynolds told the American Film Institute in 2012. “But I didn’t. I just thought, ‘well, let’s get started.’”

While Kelly was unimpressed by the casting choice, Reynolds proved him wrong, as can be seen in this clip from the film. Turns out she may have had a little help from another dance legend—Fred Astaire, who found Reynolds crying under a piano and helped her practice, according to this charming anecdote in Fox News.

Reynolds was not only able to keep up with Kelly and O’Connor, but danced until her feet were bloody—literally, according to an interview in the UK’s Sunday Express —and then danced some more.

In retrospect, Reynolds knew that she had been naïve to take the role with so little experience. “I was so dumb,” she told AFI. “I didn’t feel you could fail. I felt [the part] was me, and I marched straight ahead.” As can be seen in the clip from Singin’ in the Rain, she resoundingly succeeded. May we all be so “dumb.” 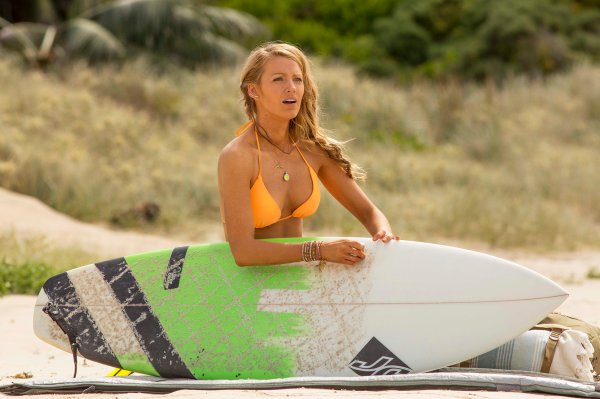 You Won't Actually Be Done With 2016 Until You Watch The Shallows
Next Up: Editor's Pick