Tech companies have long been making computers that pull double duty as both tablets and laptops. But only recently have they become powerful and slim enough to really been worth using. Microsoft’s Surface lineup is the standout example of the category, but firms like Lenovo, Acer, and HP are also making these so-called “2-in-1s.”

Now, Dell is looking to challenge those companies with hybrid devices launching this year. Among Dell’s most promising machines is its forthcoming Latitude 7285, which includes an impressive screen and works with a keyboard that actually feels sturdy enough to replicate that of a dedicated laptop. The border around the Latitude 7285’s display is also notably thin, much like the slim bezel on Dell’s XPS laptops. As is the case with Microsoft’s Surface Pro 4, Dell’s laptop-tablet includes a stylus as well.

Although Dell is pushing the Latitude 7285 as a commercial device, anyone will be able to purchase it though the company’s website when it launches in May.

After spending just a few minutes with the Latitude, I immediately noticed how durable its attached keyboard was. The key travel was also pleasantly deep, providing richer feedback than most keyboard accessories, including those made by Microsoft and Apple. (However, those rival keyboard attachments are thinner and more portable, making it easier to slide the Surface Pro or iPad Pro into a small backpack or purse.) Dell is offering its keyboard accessory in two options: a standard model or a slightly thicker version with a battery that the company claims will add up to four extra hours of power.

There are a few other key ways in which the Latitude 7285 and Surface Pro 4 differ. The Latitude 7285’s screen is slightly sharper (2,880 x 1,920 resolution vs. 2,736 x 1,824) and Dell offers extras to appeal to IT professionals. For example, the Latitude will be available in a configuration that includes Intel’s Core i vPro processor, which includes additional security features for corporate use. Dell’s tablet also runs on newer seventh generation Intel Core i processors, versus the sixth generation Intel chips currently in Microsoft’s device. The Latitude’s USB-C support also future-proofs the tablet as more companies create accessories designed to fit this port, although some may find the Surface Pro 4’s USB 3.0 slot more convenient for the time being.

All told, Dell’s Latitude 7285 seems best suited for those who primarily want a laptop to use while sitting at a desk, while also having the flexibility and portability that tablet mode provides. Microsoft, meanwhile, typically debuts new Surface devices in October. 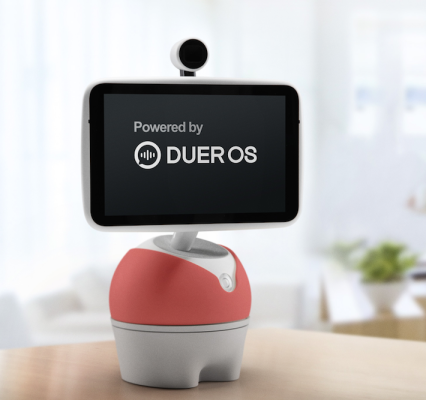 New Computer Wants to Be the Ultimate AI Home Assistant
Next Up: Editor's Pick