Actor Carrie Fisher was best known for playing Princess Leia in Star Wars, but she also left a legacy as an advocate for removing the stigma surrounding mental illness, changing minds by opening up about her own struggle with depression and bipolar disorder.

Fisher, who died Tuesday after suffering a heart attack days earlier, had a long history of drug abuse in the 1970s and 1980s. She turned that experience into the comic novel Postcards From the Edge. In the 1990s, she opened up about her diagnosis with bipolar disorder and her experiences with depression.

“I used to think I was a drug addict, pure and simple — just someone who could not stop taking drugs willfully,” Fisher told Diane Sawyer in 1995. “And I was that. But it turns out that I am severely manic depressive.”

Many have credited Fisher’s openness with breaking down stigma over mental health issues, and the topic was on the top of the minds of many of her admirers following her death. 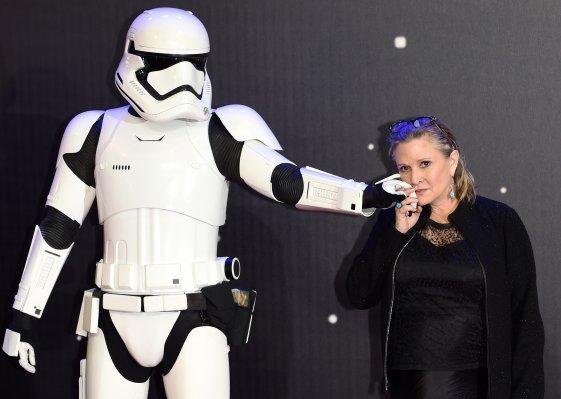