53 People Were Shot Over the Holiday Weekend in Chicago

Members of the Chicago Police Department work the scene where at least six people were shot, one fatally, on the 8600 block of South Maryland Avenue on Sunday, Dec. 25, 2016 in Chicago.
Chicago Tribune—TNS via Getty Images
By Feliz Solomon

Eleven people were killed and scores were injured by gun violence in several Chicago neighborhoods over a long and bloody holiday weekend, capping a year of record-breaking murder rates in the Windy City.

On Monday, two shootings in broad daylight brought the weekend tally to 53 people shot since Friday afternoon, the Chicago Tribune reports. At least a dozen of those injured are in serious or critical condition, making the death toll likely to rise.

On Christmas at around 9:20 p.m., two brothers, ages 18 and 21, were gunned down by an unknown assailant while playing dice on their family’s front porch in the South Side, the Tribune reports. Five other friends and relatives were injured in the surprise attack, at least two were in critical condition and may have since died of their injuries.

“It seemed like it was going to be a pretty decent weekend. Christmas, no shooting, then boom,” their neighbor Anthony Marshall told the Tribune. By Monday evening, Chicago had seen at least two double homicides among eight multiple-victim shootings, according to the Tribune, which has kept a tally of gun violence throughout the long weekend.

A spokesman for the Chicago Police Department, Anthony Guglielmi, told the paper that many of the shootings occurred in neighborhoods “with historical gang conflicts.” He said most of the attacks were carried out against potential rivals while at holiday gatherings, prompting retaliatory violence.

Some 45 guns were seized by police in areas where gang violence is prevalent, Guglielmi said, reiterating the police department’s call for “the gun sentencing tools against repeat offenders so that we can adequately hold people accountable” for the city’s “unacceptable level of gun violence.”

As of early December, Chicago’s homicide toll had topped 700, a level of violence not seen in the city since the drug wars of the late 1990s. Last year’s murder rate closed at 488, according to police figures cited by the Tribune.

Chicago police have reportedly confiscated almost 8,000 guns since the start of the year, the Journal says, about 20% more than in 2015, while they have also stepped up gun-related arrests by about 8% from last year.

A recent CNN investigation into Chicago’s gun-violence epidemic said that an average of one child whose age is 16 or younger has been killed in the city every week for about 25 years, with streets and homes — like the South Side front porch targeted on Sunday night — the two most likely places to be murdered in Chicago since the turn of the century. 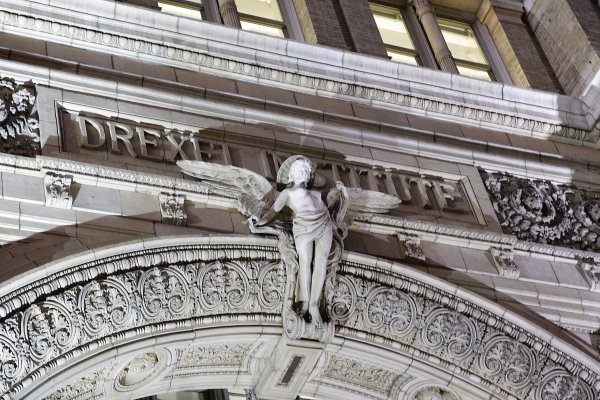 A Drexel Professor Tweeted That He Wants 'White Genocide' for Christmas
Next Up: Editor's Pick