President Obama: I Could Have Beaten Donald Trump

Despite the twists and turns of the 2016 election, and the punishing defeat for his Democratic Party at the hands of Donald Trump, President Obama thinks he could have won a third term if he had run.

Obama, in an interview with his former senior adviser David Axelrod for the Axe Files podcast, said he thinks he could have won because people still support the “hope and change” message that carried him to victory in 2008.

“I am confident in this vision because I’m confident that if I — if I had run again and articulated it, I think I could’ve mobilized a majority of the American people to rally behind it,” Obama said. “I know that in conversations that I’ve had with people around the country, even some people who disagreed with me, they would say the vision, the direction that you point towards is the right one.”

Trump quickly responded to the interview on Twitter, saying there was “NO WAY” Obama could have beaten him.

Presidents are restricted to two terms under the Constitution. Obama actively campaigned for Hillary Clinton during the election. “I think that Hillary Clinton performed wonderfully under really tough circumstances,” Obama said. “I’ve said this publicly, I’ll repeat it. I think there was a double standard with her.”

Most Popular on TIME
1
A Possible Third Wave
2
USPS Fails to Update 1.8 Million Addresses
3
Everything You Need to Know About Nurse Ratched Before Watching the New Netflix Show 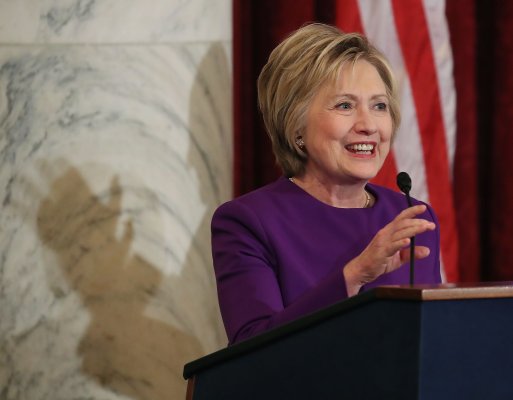